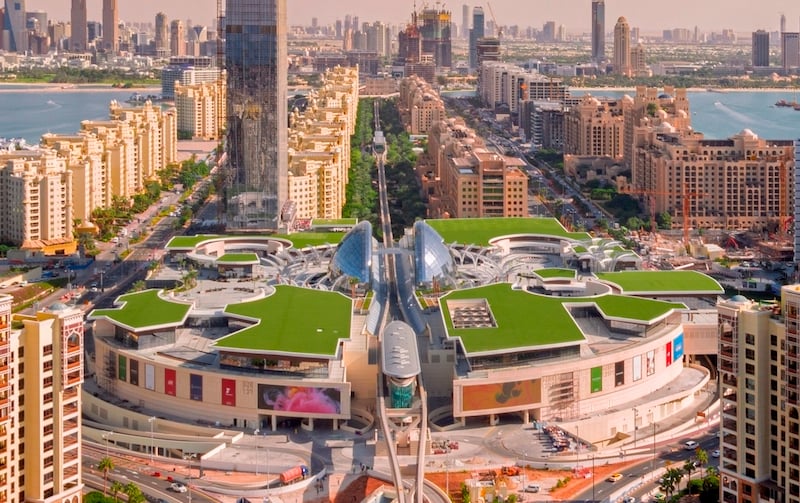 Featuring 4,000 parking spaces, the mall is also connected to the Palm Monorail with a separate station. Direct pedestrian access will also be available via Al Ittihad Park and Marina Residences.

Nakheel Mall is also the access point for The View at The Palm, a public observatory on the top of The Palm Tower, 230 metres above the island. The View will open in 2020.

Also read: Video, pics: Palm Tower, with one of Dubai’s highest pools, gets ready to open this year

The opening – timed to coincide with the UAE National Day celebrations in early December – will include live entertainment, promotions and activities offering prizes worth Dhs1m – including a Maserati.

Omar Khoory, managing director, Nakheel Malls, said the mall will serve the the Palm’s 78,000 residents, and will also aim to cater to tourists.

Operational hours are 10am to 10pm on week days, and 10am to 12am (midnight) on Thursdays, Fridays and Saturdays.

Nakheel has been boosting its retail portfolio over the last few years, and is looking to expand its total retail space to over 17 million sq ft.

Another large-scale project in Nakheel Malls’ portfolio includes Deira Mall, set to be the Middle East’s “largest mall”, for which an Dhs4.2bn construction contract was signed last year.

Video: Dubai businessman Dariush Soudi on how he went from being broke to becoming a millionaire

Dubai’s Emirates to ramp up operations to US