Video, pics: Palm Tower, with one of Dubai's highest pools, gets ready to open this year - Gulf Business 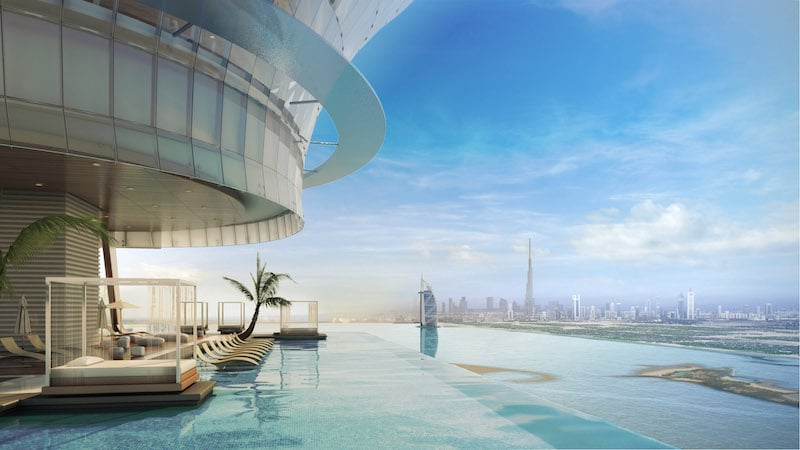 Work is progressing at the Dhs1.2bn Palm Tower, the 52-storey tower that is set to open this year in Dubai’s Palm Jumeirah.

The luxury tower, which rises 240 metres tall, will include a 289-room St. Regis hotel, 432 residences, four restaurants, as well as three swimming pools including one on the 50th floor. 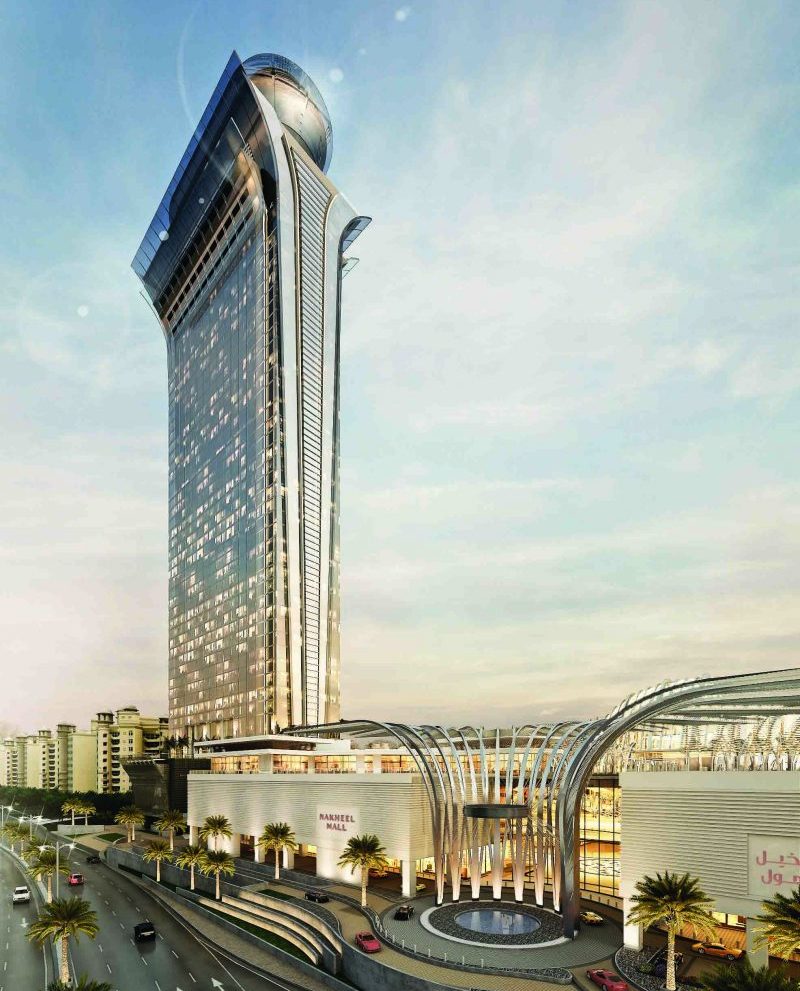 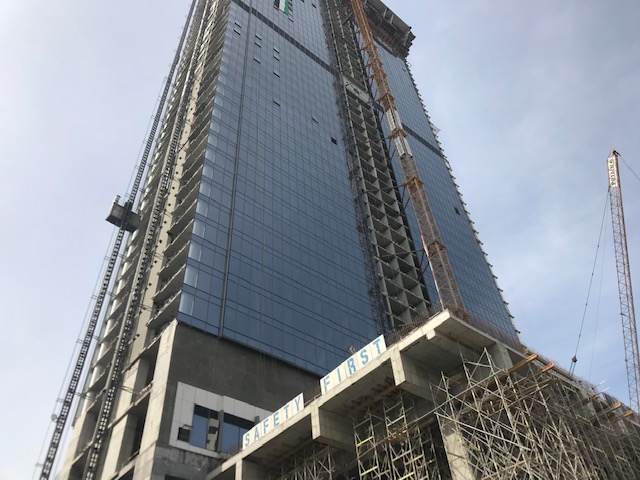 The hotel occupies the first 18 floors, with fully-furnished studios and one, two and three bedroom apartments on the upper floors. 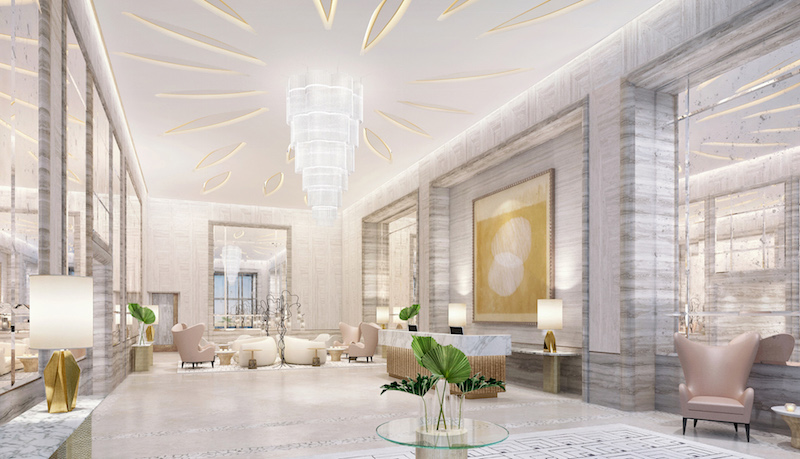 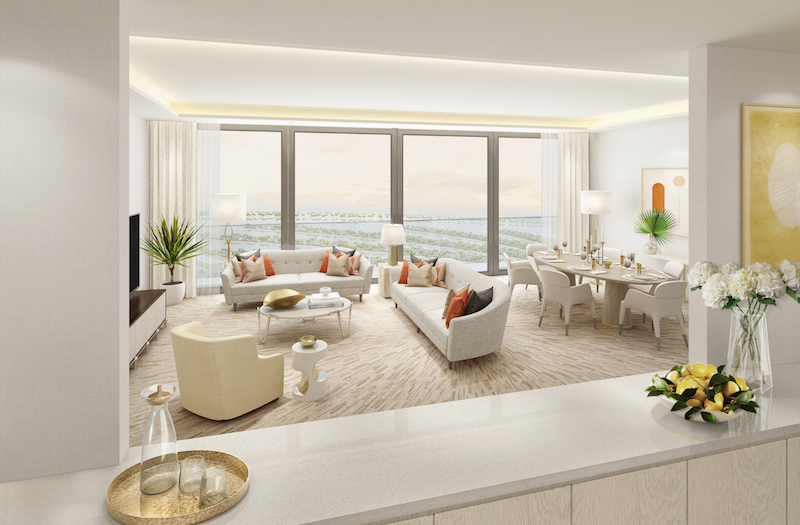 Three bedroom units, priced upwards of Dhs10m, are all sold out now, he added.

The residences will only be handed over to the owners in 2020.

Meanwhile fit out of the St. Regis has begun and the hotel will open this year. 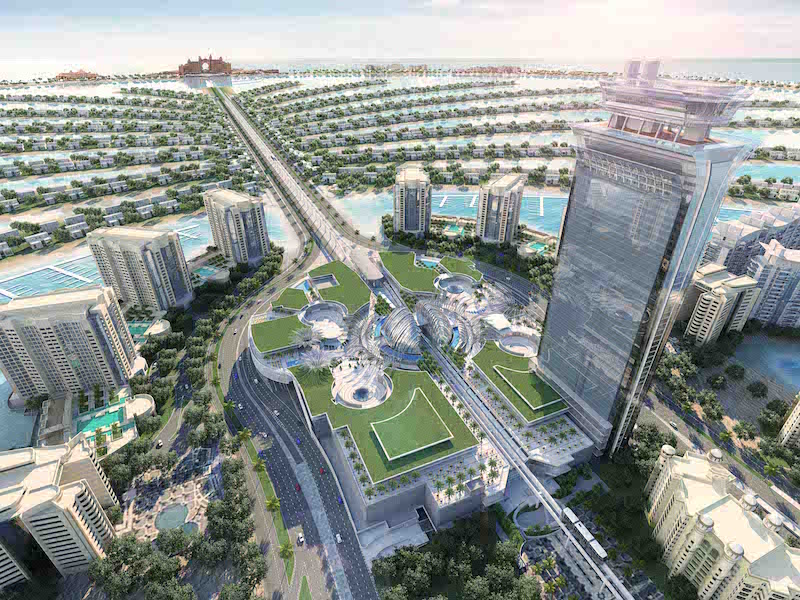 Despite fears of hotel oversupply in the market, Kazim said the project was executed based on the developer’s business plan.

With the views it offers along with its location, “we want to ensure that it has a clear competitive advantage and it ticks all the right boxes”, he added. 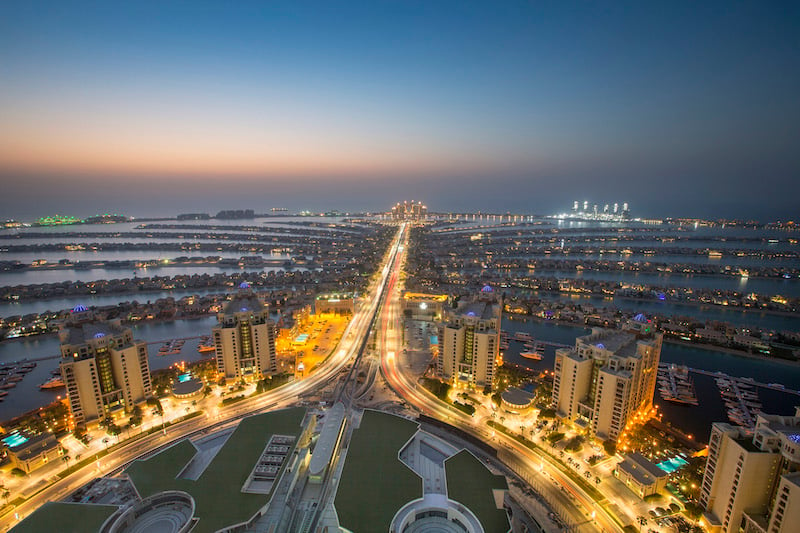 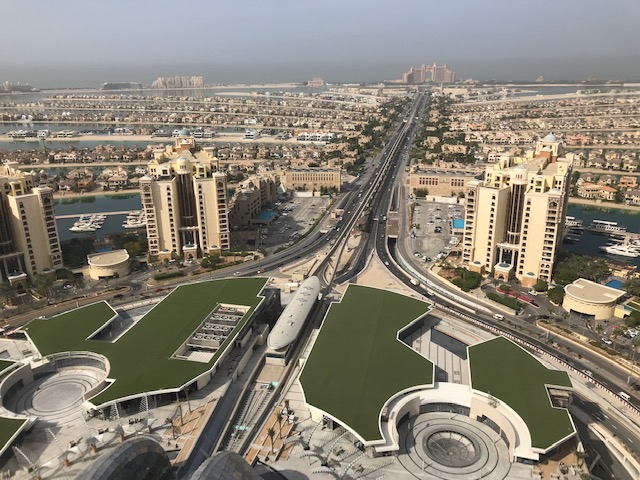 Construction is also underway at the rooftop infinity swimming pool – which, at 210 metres will be one of the highest pools in Dubai. Covering 775 square metres, it borders all the four sides of the building.

Above the pool will be a podium featuring a speciality restaurant and clubhouse on the 51st floor, and a public viewing deck on the 52nd floor, which will be 240 metres high. 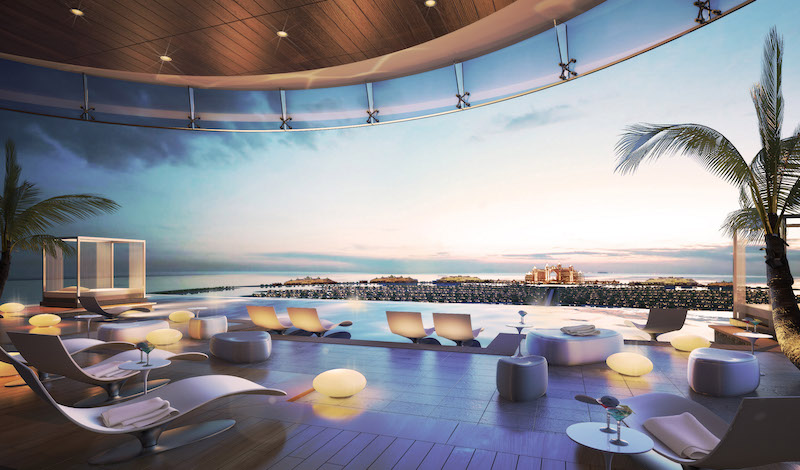 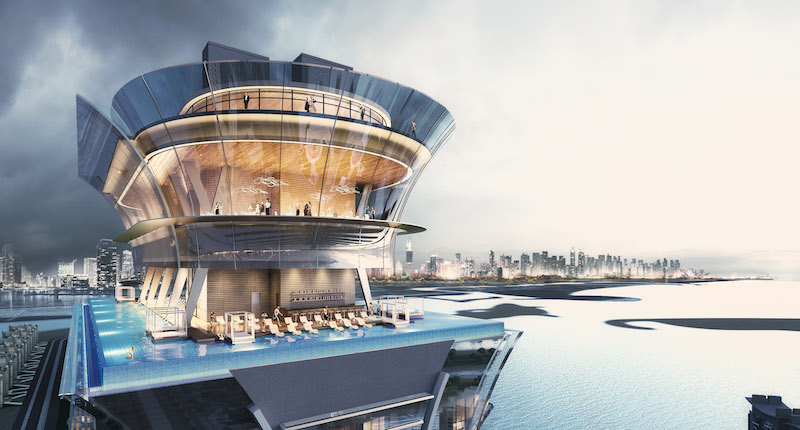 Construction of both the elements will begin soon, Nakheel said.

Once open, the viewing deck will offer 360 degree views of Dubai, along with views of the Palm. Open to the public for a fee – which has not yet been finalised – the deck will be directly accessible from the neighbouring Nakheel Mall, said Kazim.

The concept for the high-end restaurant – which will have 300 seats – has been finalised and it will offer something “new”, according to the developer. Other details will be disclosed shortly. 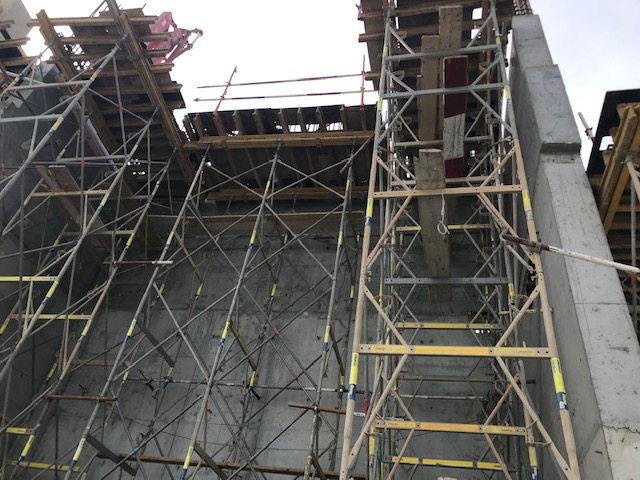 Currently, around 850 construction workers are on site at The Palm Tower, with numbers anticipated to rise to more than 1,500 when internal fit out starts in the next few weeks, Nakheel said.

The under-construction Nakheel Mall, which will feature 350 shops, restaurants and attractions is also set to open this year, confirmed Kazim. 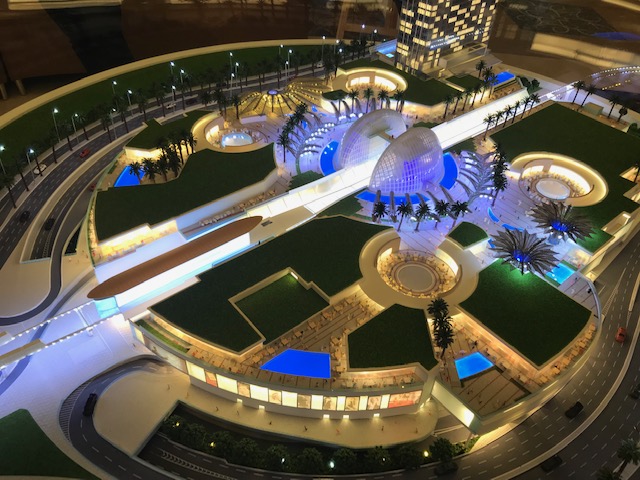 The mall, initially slated for completion in 2017, will offer 1.1 million sqft of leasable area, and so far 70 per cent is leased out.

Spread across five floors, it will include a 60,000 sq ft, 15-theatre Vox Cinemas complex with other confirmed retailers including Waitrose, Adidas, Breitling, French Connection and Montblanc.

The mall will also feature two fountains, two waterfalls plunging 65ft into the mall, a fine dining roof plaza and its own Palm Monorail station.