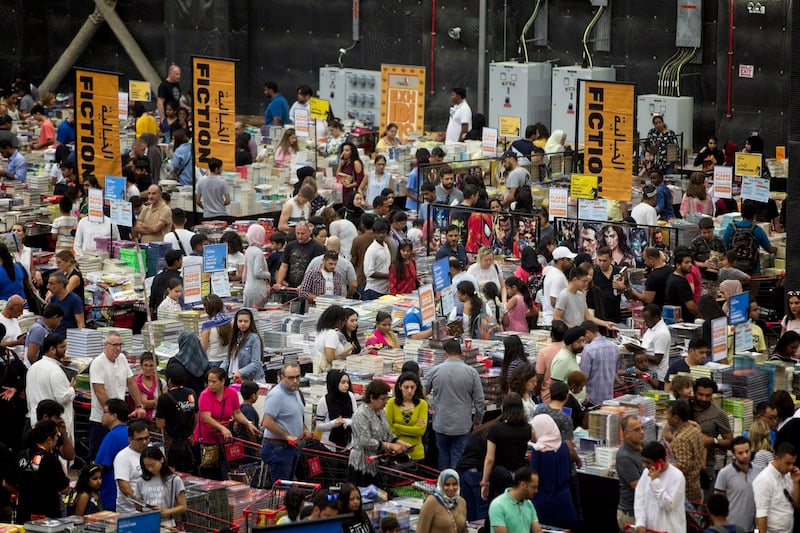 The second edition of the “world’s largest” mega book sale Big Bad Wolf has been opened in Dubai, it was announced on Wednesday.

The 10-day book sale will open its doors to the public from October 10-20 in Dubai Studio City. Offering more than three million books at discounts ranging from 50 per cent to 80 per cent off recommended retail price, the sale is free and open 24 hours a day.

The first edition of the sale, which took place in Dubai last year, saw over 150,000 visitors over 11 days.

This year, the sale has been extended in terms of choice of titles on offer with a total of 500,000 new books in Arabic.

“It is part of our mandate at Dubai Culture to spread a passion for knowledge and literature across local communities,” said Sheikha Latifa.

“The Big Bad Wolf book sale comes soon after we announced the new cultural vision for Dubai which gives a more prominent role for literature and reading by establishing Dubai’s World Literature Festival.”

.@LatifaMRM: It is part of our mandate at @DubaiCulture Culture to spread a passion for knowledge and literature across local communities. In 2015, @HHShkMohd, announced a 10-year National Reading Strategy to make reading an integral part of the lives of all #UAE residents. pic.twitter.com/z0O0vkkRkE

Dubai’s new cultural vision was announced last month which will see the Dubai Culture & Arts Authority unify efforts of the 6,000 art and culture companies, five creative clusters, 20 museums and over 550 annual cultural events in the emirate.

Plans were also revealed for a new international literature season that will feature a book fair and events to attract over two million visitors.