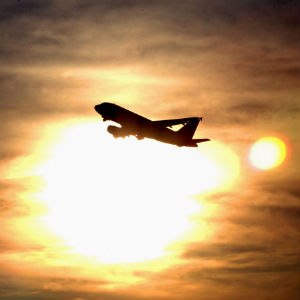 Middle East carriers recorded a 23.4 per cent rise in international passenger numbers in February this year compared to the same period last year, according to the latest report released by the International Air Transport Association (IATA). However, the report clarified that the passenger volumes were “distorted by the poor performance in February 2011 owing to the impact of the Arab Spring.”

Average load factors for the region showed the most dramatic improvement to 76.9 per cent in February 2012 compared to 72.4 per cent in the previous year, said IATA. Meanwhile capacity growth stood at 16.1 per cent.

“Stripping out the distortions, we estimate that the region has now fully recovered,” the report said.

Etihad Airways announced on Tuesday that its revenues increased 28 per cent during the first quarter of the year to $989 million, up from $770 million during the same period a year ago. The airline recorded an average seat factor of 76.5 per cent during the period, with passenger numbers rising by 500,000 to 2.4 million, the carrier said in a statement.

Globally, the IATA report showed that while passenger demand rose by 8.6 per cent year-on-year in February 2012, capacity expanded by 7.4 per cent during the period. This has had a positive impact on load factors, said IATA, which airlines have maintained at 75.3 per centbetter than the 74.4 per cent recorded in February 2011.

“The outlook is fragile. Improvements in business confidence slowed in February,” Tony Tyler, IATA’s director general and CEO said in a statement. “We are ending the first quarter with a considerable amount of uncertainty. While the threat of a European financial meltdown seems more remote than it did only a few months ago, the political risks that aviation faces are growing. The rapid increase in the price of oil is already biting hard,” he said.

“The exact conditions vary from country to country, but around the world we see ill-conceived policy initiatives that over-regulate, excessively tax or otherwise restrain the aviation industry. This prevents it from being the catalyst for economic growth that it can be,” he added.