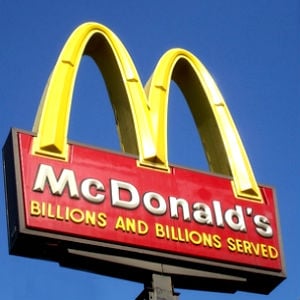 Fast food giant McDonald’s will extend its sponsorship of the Olympic Games for another eight years until 2020. It is an International Olympic Committee (IOC) Top Partner, paying a reported $100 million for each two-games deal of one winter and one summer Games.

The new deal covers the 2014 winter Games in Sochi, Russia, and 2016 summer Games in Rio de Janeiro, Brazil. The 2018 winter Games will be held in Pyeongchang, South Korea, and the 2020 summer venue is yet to be decided.

McDonald’s has been an Olympics sponsor since 1976 and it is the seventh of the 11 top-tier sponsors to renew the partnership with the IOC until 2020. The others are Coca-Cola, Dow Chemicals, General Electric, Omega, Procter & Gamble and Visa. A further three firms have extended their sponsorship until 2016.

It is estimated that the IOC has garnered about $1 billion in sponsorship revenue in the current four-year cycle, which ends this year 2012.

McDonald’s said the restaurant chain would use the extended partnership to introduce several new programmes “focused on balanced eating and fun play for children”.