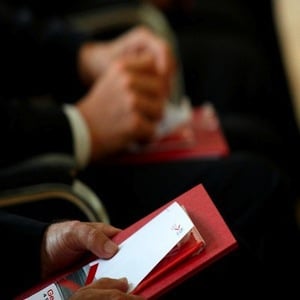 The economic turmoil of recent years has strengthened the assertion of business schools that without some form of professional master’s degree, it’s time for jobseekers in the Gulf to go back to school and ‘upgrade’. Once you’ve graduated, however, there is no time to sit on your laurels because competition will be on your tail compelling you to upgrade yet further.

During the downturn firms were understandably hesitant about investing in executive education, while employees were careful not to broach the subject with the boss. It was primarily those who had lost their jobs who were enroling on full-time programmes. The past few months have seen a surge of interest as a lot of companies have downsized, revised their budgets and are now starting to fund executive programmes again.

The downturn also presented some surprises many could never have anticipated, giving a further boost to the executive education market.

“The recent recession proved to many professionals that their career can come to a sudden and unexpected stop,” says Philippe Riewer, academic development director, Stafford Associates – the Middle East arm of the UK’s Leicester and Nottingham universities. “An MBA is a way of preparing yourself for any eventuality. This recent recession will not be the last. The only way to protect yourself is to upgrade your academic credentials, and the time to do it is now.” In terms of master’s degrees available, the MBA provides the most career mobility in terms of companies, industries and countries, he believes.

The figures advocate that regional professionals are hungry for knowledge. According to the Knowledge and Human Development Society (KHDA), student enrolment in MBA programmes in Dubai has risen 11.5 per cent (since when?). The Graduate Management Admission Test (GMAT) is an assessment measure widely adopted for executive education programmes, and as its own application figures indicate, the uptake of MBAs is rising. GMAT applicants increased from 5,519 in the 2005-2006 academic year to 8,452 in 2009-2010 – a 53 per cent increase.

According to Javier Gimeno, dean of executive MBA, Insead, the number of international schools entering the market has helped create demand. Another big growth area has been ‘executive MBAs’, which have a median average age group of 36, as opposed to 28 for other programmes.

“Executive MBAs have been very good for the GCC in terms of upgrading the skills of executives already settled in the region,” says Gimeno. “With good positions and families here, it’s less likely that they’ll move to an investment bank in New York, for example. It’s good for the development of management talent in the region, and also the economy.”

Yet on a global scale, the Middle East still trails behind. “There’s definitely been an upswing with the opening of new test centres across the wider region,” says Gimeno. “But the region still ranks low in terms of the number of GMAT takers per population, and the scores are not great compared to other regions such as the US, India and China. That said, the growth figures certainly reflect a growing interest in MBA and executive MBA programmes.”

Emerging economies show the sharpest increases on the GMAT scale over the same four-year period. Compared to the Middle East’s growth of 53 per cent are Africa (76), Eastern Europe (78), Central/South Asia (100) and Australia/Pacific Islands (132).

In the Middle East, the UAE has shown the greatest uptake, going from 472 in 2005-2006 to 1,152 in 2009-2010 – a 144 per cent increase. “The executive education market in the UAE is now becoming inundated with supply, mainly since the establishment of Dubai Knowledge Village and Dubai International Academic City,” observes Riewer. “There’s no doubt that economic growth can only be sustained if the local workforce is skilled and productive, but a long-term investment in education is required. I think this is where Singapore has been very successful – it invested in education much earlier. In this region, lessons are being learnt and measures are being taken, but I think it will take time for the effects to permeate through the economy.”

*Another current concern in the Middle East is that there is not a wide enough breadth of topics to cater for a number of specialist sectors that will require huge demand and expertise in the coming years. One report suggests that the UAE will need more than 500,000 jobs in travel and tourism in the next five years. Abu Dhabi alone is poised to meet its target of 2.3 million hotel guests per year by 2012. Qatar also has $80 billion planned for infrastructure – much of it for tourism, running up to the 2020 FIFA World Cup.

Another area is healthcare. Saudi Arabia alone has reported healthcare expansion plans of around $18.3 billion, and Dubai has around $272 million.

“There is a trend towards specialised master’s courses,” says Riewer. “I don’t believe it has reached us yet, but it will emerge within the next few years. What we are seeing is that MBAs themselves are becoming much more specialised into areas such as sports management, maritime management or energy. So I think the MBA will continue into the new trend of specialisation. One of the strong MBA specialisations developing is Islamic finance.”

“MBA studies were traditionally considered appropriate for the consulting, finance, and management fields,” concurs Patricia McCall, regional director, Duke University, Middle East and North Africa. “However, in recent years there has been a greater appreciation of how business interacts with multiple disciplines: healthcare, energy/environment, entrepreneurship, the non-profit sector, law and public policy.”

Yet sometimes the availability of options remains the best-kept secret. One concern has been that pre-graduate students may often be left largely uninformed by schools about their choices. One student commented that he was unaware that he had any options to specialise in his main interest area of sports management.

On the other hand, the region presents huge opportunities for global learning. As Blair Sheppard, dean of Fuqua School of Business, Duke University, previously commented in Gulf Business, the main criteria for business students in today’s interconnected world is to “produce a new generation of globalists who understand the economies of the world’s most important cultural and commercial centres.” In this respect, there is a potentially huge advantage to studying in the Middle East as compared to the more homogenous environments of, say, the US or UK.

“For Gulf nationals, it’s a great opportunity to have a great education without having to leave their home country or region,” says Gimeno. “Gulf nationals look for programmes with diversity so they can mix with other cultures. One particular challenge is that they need to lead very diverse multicultural teams. I think that’s something schools in the region are able to provide.”

As Nick van der Walt, executive director and dean, Hult International Business School, explains: “Our full-time MBA comprises 28 nationalities in a class of 65 who have come to Dubai specifically to study. Next year the school will be presenting an executive MBA programme that is taught monthly, with people coming in from around the region.”

So far there has been a tremendous response. “There are some incredible universities around the MENA region and this may be a growth sector given the interest the Middle East generates around the world,” adds van der Walt.

One trend currently emerging is that of students from the West who opt to enrol at a Middle Eastern university. As one student from the US studying in Dubai recently commented: “There are almost 20 languages you can hear walking from one end of the campus to the other. I’ve never been to a more diverse school.”

The Gulf’s multicultural strengths may also be a way of promoting the region. “Every one of our executive MBA students from all over the world comes to Abu Dhabi for at least one week,” says Gimeno. “It opens the minds of those who may have a biased view of the region, and attitudes change dramatically while they’re here. It’s also a way of attracting talent that otherwise might not have considered the GCC. It’s a very strong way to support the country and the region.”

As time goes on, the uptake of executive programmes in the region will continue to increase, as will the diversity of programmes on offer. In the meantime, the Middle East may present some of the greatest opportunities for students to see a truly global perspective of management.