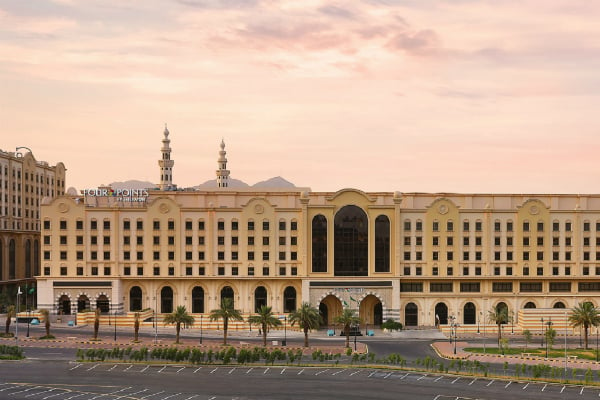 US hotel operator Marriott International has announced the opening of the largest property in the world under its Four Points by Sheraton brand in the Saudi holy city of Makkah.

The property features 1,136 rooms, including 121 suites, and is located in the Al Naseem district near the centre of Makkah.

There is also 950sqm of event space with a grand ballroom and three meeting rooms, a dedicated retail area and supermarket, men’s and women’s gyms, a children’s play area and complementary shuttle bus serice to the Grand Mosque.

Marriott said guests, who are expected to be mainly pilgrims and business travellers would be offered free bottled water and Wi-Fi.

“The trajectory for religious tourism into Saudi Arabia continues to grow, resulting in a strong demand for hotels in the Holy Cities,” said Alex Kyriakidis, president and managind Director, Middle East and Africa, Marriott International.

“We are delighted to open our fifth property in the Holy City of Makkah. Four Points by Sheraton Makkah Al Naseem offers pilgrims the brand’s excellent service and a comfortable hospitality experience in the Holy City.”

The opening coincides with Hajj season, the busiest time of year in the holy city.

Several other major hotel projects are also in the works to cater to the growing number of pilgrims.