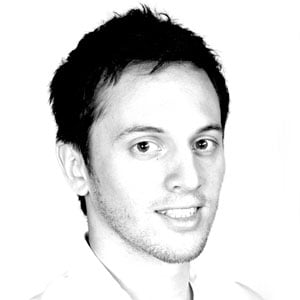 Over 40 years of hurt were finally put to rest in the dying seconds of the final game of the Barclays Premier League season yesterday. There were smiles all round but surely none bigger than on the face of Abu Dhabi-based HH Sheikh Mansour bin Zayed bin Sultan Al Nahyan, the man who has reportedly invested $1billlion since he bought the Manchester club for $321million in 2008, through Abu Dhabi United Group Investment and Development Limited.

Those who said league titles and trophies couldn’t be won with money have been silenced. Sheikh Mansour’s non-stop investment in the club has enabled City to buy some of the best players in the world and it is unsurprising that it was these players who played the biggest roles yesterday.

But just how much does winning the English Premier League trophy cost?

Manchester City’s talismanic captain Vincent Kompany was one of the first buys under Sheikh Mansour’s ownership, costing the club $13 million. A wise investment and fantastic value as Kompany is now widely regarded as one of the best defenders in the world and his current value has probably tripled. Nigel de Jong, Kompany’s partner in defence, cost a cool $29 million.

The transfer fees for the players that followed began to escalate. The tipping point was the arrival of Carlos Tevez, one of the finest forwards in the game for $45.5 million. It was the purchase of Tevez that really stated Sheikh Mansour’s unrivalled wealth in world football and how serious he was about turning Manchester City into the best team in the world.

The money really became eye watering in the last couple of seasons when Edin Dzeko arrived for $52.4 million and Sergio Aguero topped the transfer bill at $63.6 million. Throw in the purchase of Samir Nasri for a seemingly cheap $38.9 million and the full extent of Abu Dhabi’s wealth that has been poured into the Manchester club becomes clear.

City had previously said it would not continue with its extravagant transfers and will look to develop more youth players through their ranks. While that is likely to happen, it may be difficult for Sheikh Mansour to ignore the rest of the world’s best after his riches brought the team’s first Premier League title since 1968. Will next season bring more Abu Dhabi-funded trophies to the blue side of Manchester? It’s hard to think otherwise.

Millennials – the first generation in history with true financial freedom