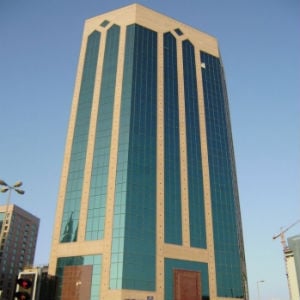 Mergers and acquisitions amongst the Gulf banks remain few and far between. Banks in the region remain small by international standards and without the financial clout to compete on the global markets. Although regulators in the region often champion the cause for a greater global player, banks face many legislative challenges in acquiring or merging with another bank in the GCC. Shareholder and board differences are also often a major hurdle to corporate activity.

The value of acquisitions and mergers among banks in the GCC is estimated by industry at just $15 billion over the past five years and the major part of that stemmed from the merger of the National Bank of Dubai and Emirates Bank International in 2007. Since then no other banks in the UAE has bought a competitor or merged with another. Although the operating environment makes it difficult, there is still planned activity in the regional market.

There is a proposed tie-up between Bahrain Islamic Bank and its smaller rival Al Salam Bank to create a $4.5 billion bank. The planned merger of two Bahraini banks, intended to create the largest Islamic lender in the Gulf Arab kingdom, could pave the way for more consolidation in the region. Experience to date suggests that this is unlikely however.

The two Bahraini lenders have stated that they received approval from the central bank for their planned merger.If successful, the merger would be a first for two GCC-based Islamic institutions. This would be a significant step and could spur other activity in the region, particularly within the conventional banking market. Many challenges remain however not least bank valuation, board and senior management appointments, and strategic direction.

Looking at banking markets in the region, including the relatively larger systems such as the UAE, and smaller markets such as Qatar, sectors seemed overbanked with too many institutions chasing too few customers. The UAE has over 50 banks, including both local and foreign players. This, together with the current difficult banking conditions and weak asset growth, would suggest that the market is ripe for corporate activity. But even market optimists would suggest that this is unlikely to happen.

Emirates NBD did take over the troubled Dubai Bank in October 2011 but this activity was directed by the authorities and does not indicate a radical change in merger sentiment in the UAE. Dubai Bank suffered severely from the local financial downturn, recording a large loss in 2009.It was taken over by the Dubai Government and subsequently handed over to Emirates NBD. Emirates NBD is owned 55.7 per cent by the government. The state’s stake at all other 22 banks makes it difficult for foreign financial institutions to acquire a local UAE bank.

Although foreign ownership rules makes it difficult if not impossible for foreign banks to acquire banks in the region, what makes activity even less likely is the fact that a number of the international banks with presence in the region are scaling back or closing operations. This is a direct result of not only the global crisis and individual bank’s financial pressure, but also is a factor of the fall in volume and financial activity in the region. The pace of IPOs in the GCC region has halved to $400 million this year from $800 million in the same period in 2010 and $10 billion in 2008.The volume of deals in Gulf states has fallen 60 per cent to $25 billion this year from $40 billion in the year earlier period.

In contrast to the lack of M&A activity, new banks continue to be formed in the region. The latest plan includes a new Islamic investment bank to apparently open next year in Bahrain. It is planning to raise $100 billion in its first 10 years to fund projects in Muslim countries and challenge the top underwriters in the Sukuk market. The lender will commence with $10 billion of capital and help provide financing for ventures among the 57 member nations of the Organisation of the Islamic Conference.

In contrast to the lack of GCC banking merger and acquisition activity, GCC banks are still casting their eyes further afield to regional Arab markets as well as Asian countries in order to boost growth and revenue prospects.