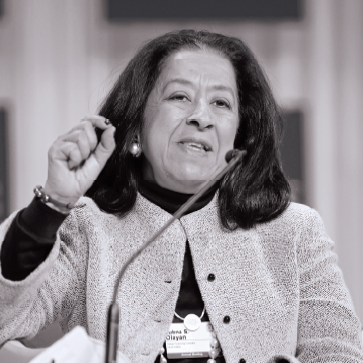 A regular feature on power lists; Olayan is one of the most influential businesswomen in the Middle East and wider Arab world as the overseer of more than 40 companies under her family’s Olayan Financing Company. Since joining the firm in 1983 as the only woman she has been lauded for her progressive business practices that have seen more than 400 women become a part of its current workforce. In 2016 the company formed a joint venture with Fortune 500 engine and power generation firm Cummins and partnered with asset manager Chelsfield to acquire New York’s Sony building for $1.4bn. In 2004, Olayan became the first woman to be elected to the board of a Saudi company in 2004 at Saudi Hollandi Bank.