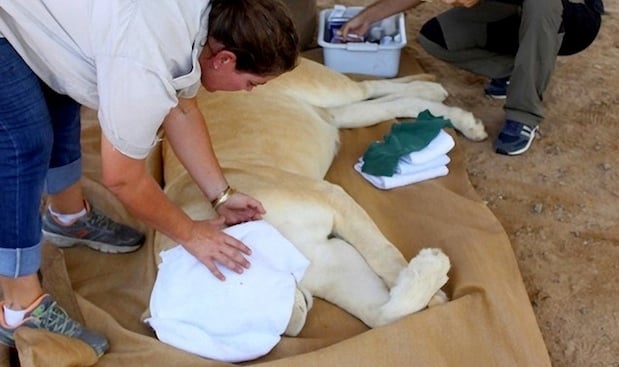 Authorities have removed several wild animals including four lions, a lioness, three pythons and two crocodiles from homes in Sharjah this year, as the emirate cracks down on the ownership of dangerous animals.

The removal of the animals is in line with the recently enacted decree of prohibition and confiscation of predators and dangerous animals in Sharjah, official news agency WAM reported.

The decree imposes a fine of Dhs100,000 on the owners of animals which are deemed a danger to other people in the vicinity.

However, those who voluntarily hand over their animals will not face the fine, confirmed Hana Al Suwaidi, chairperson of the Environment and Protected Areas Authority (EPAA).

So far this year, only three people have handed over their animals, she added.

Under the decree, the confiscated animals will be provided with suitable environments.

The first phase of establishing the Predators Shelter and Care Center on 27,000 square kilometres of land in Sharjah Desert Park has begun, said Al Suwaidi.

She also stressed that the EPAA is pushing for a new federal law in the UAE to ban and confiscate predators from residences. Those who fail to do so would face a fine of Dhs30,000 or a one month prison sentence for each animal.

The penalties are meant to highlight and enforce the UAE’s laws to protect exotic animals and ban the illegal trade of critically endangered animals, as part of the country’s enforcement of the Convention on International Trade in Endangered Species, the report said.