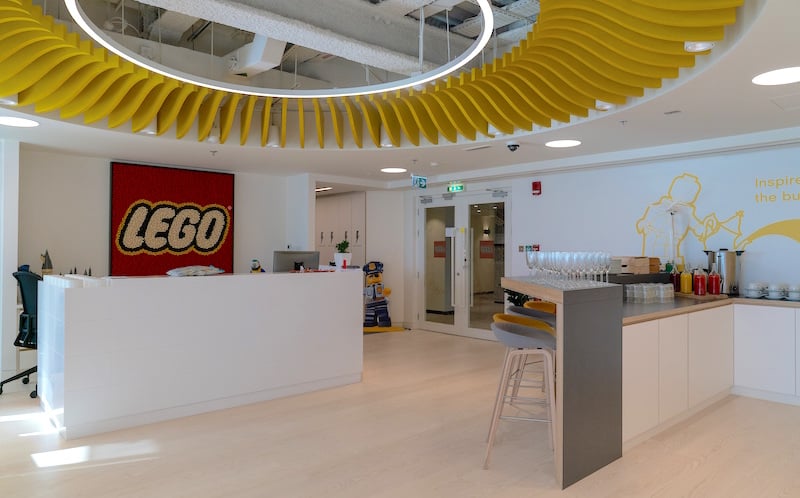 Danish toy manufacturer Lego has opened its new headquarters for the Middle East and Africa in Dubai, as it seeks to expand across the region.

The new regional headquarters will cover 68 markets, including a sales office in Johannesburg that manages all Sub-Saharan countries and South Africa.

“The potential of the region to the Lego Group is clear – by 2028, it is estimated there will be 125 million children aged 0 to 14 years in the Middle East and North Africa (MENA) region,” a statement said.

“We entered the Middle East region over 40 years ago through distributor partnerships,” said Jeroen Beijer, general manager of MEA.

“Being actively present in the region will help us to better understand local markets and consumers, and to more efficiently leverage our local partnerships,” he added.

Lego opened its first certified store in the Middle East in November 2014 at Yas Mall in Abu Dhabi. It has since opened stores in Dubai as well.

The office will initially house employees from marketing, sales and operations and will scale with the business in the region, confirmed Beijer.

“We are looking to hire approximately 12 employees over the coming months as we expand our scope of activities in the region,” he said.

“While we continue to rely on local partners to help us in growing the Lego business, the ability for us to run activities in the Middle East and North Africa will be greatly increased thanks to our team on the ground,” he added.

The Middle East toys and games market is estimated to have reached $4bn in 2018, up from $3.5bn in 2017, according to Euromonitor International (EMI).