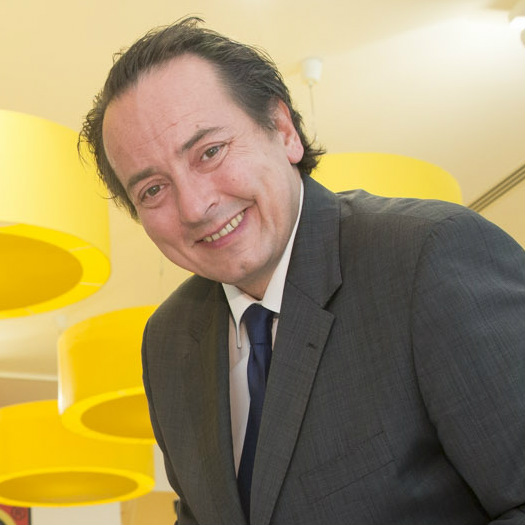 Surrounded by excited children and intricate toy models made with brightly colourful Lego bricks, I try to find a quiet spot to have a chat with Simon Stansfied Bast, director of MEA, Mediterranean and Greece at popular Danish toymaker Lego.

We are at Lego’s first certified store in the Middle East, located at the recently opened Yas Mall in Abu Dhabi. Opposite to where we finally sit, a life-size camel made with Lego bricks stares out at curious visitors.

“This is not just a beautiful shop. It has, what we call, talking shelves,” Bast tells me. “We have dedicated staff who are able to describe the benefits, the features, how things are interlinked, and all of this is extremely important to give a different feel to customers.” The store, launched in partnership with Majid Al Futtaim Leisure and Entertainment, is spread across 198 square metres and offers the complete Lego product range.

This includes standard product lines such as LEGO City, LEGO Star Wars, LEGO Friends, LEGO DUPLO and exclusive product lines such as LEGO Creator Expert, LEGOSimpsons, ‘Pick a brick’ and ‘Build a minifigure’. While Lego products are already available in the region through retail distributors, Bast says the new store will be not just a new channel for sales – it will be a brand window for Lego in the region.

“People think when you open up a brand store that there is some kind of competition with distributors. But that’s actually not true. With this store we complement each other,” he explains.

The reason for opening up a certified store in the region is obvious – the market is booming, and while Lego doesn’t divulge region-specific numbers, Bast reveals that it has seen high-end double-digit growth in the Middle East over the last five years.

Bast says the brand took time to open its first store in the region since it was essential to find the right partner and right location.

“For us is it very important to do it right. Now that we have partnered up, I’m getting more impatient [to expand] because I think this is a great example of what can be done. The very early results are extremely promising, much more compared to my expectations.”

Plans are already in place to open up Lego stores in neighbouring Dubai, which is in the process of building the MENA region’s first Legoland theme park, as part of the wider Dubai Parks and Resorts complex.

The park, the seventh of its kind in the world, is slated to open in 2017, and will definitely give a lot of extra attention to the brand, explains Bast.

“Just like the store is a great brand window, the park is a brand universe. Every time we have a park opening, we see an enormous boost in sales both before and after. So we are really looking forward to it.”

Concluding our chat, I ask Bast about his favourite Lego toy.

“It’s very difficult for me to answer that,” he laughingly admits. “I grew up playing with Lego. I didn’t have that many sets honestly but I had enough. I inherited some from my uncle, which is not good for sales, but tells you about the quality. It lasts for generations,” he chuckles.