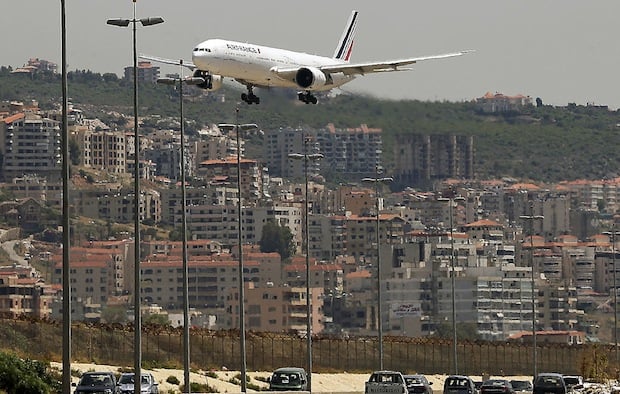 On Wednesday, Lebanon said that it would begin banning travel to and from 11 countries which have seen a significant outbreak of the Covid-19 coronavirus, a disease that has now been classified as a pandemic by the World Health Organisation (WHO).

Read: WHO declares Covid-19 outbreak a pandemic as cases outside China soar

There would be an immediate ban on flights and travel by land or sea to and from Italy, Iran, China and South Korea, the country’s prime minister Hassan Diab said at a press conference on Wednesday, reported the country’s official news channel National News Agency.

Furthermore, the country will grant a four-day grace period to Lebanese citizens and their families who want to return from the following countries: United Kingdom, France, Germany, Spain, Iraq, Egypt, and Syria. After the grace period ends, all travel between these countries by land, air and sea to Lebanon will be suspended.

An exception would be made for members of the diplomatic missions accredited in Lebanon and internationally.

Those wishing to enter Lebanon from these countries after the ban comes into effect will need to get in touch with their local Lebanese consulates.

Lebanese media have reported 68 cases of the virus in the country, 37 per cent are believed to have originated from four countries: Egypt, Iran, Switzerland and United Kingdom.

Schools, universities, cafes, bars and other public places will be shut as well.

Several other Middle Eastern countries have implemented severe restrictions on travel to contain the spread of the virus.

Kuwait said on Wednesday that it would begin banning all commercial flights to the country from Friday.

Saudi Arabia meanwhile said that it would begin banning flights and suspending travel for citizens and residents to EU countries, Switzerland, India, Pakistan, Sri Lanka, Philippines, Sudan, Ethiopia, South Sudan, Eritrea, Kenya, Djibouti, and Somalia. A ban on travel to and from the kingdom was already in effect for 14 other countries including the UAE, Kuwait, Bahrain, Egypt, Iraq, Lebanon, Italy, South Korea and Syria, Oman, France, Germany, Turkey and Spain.