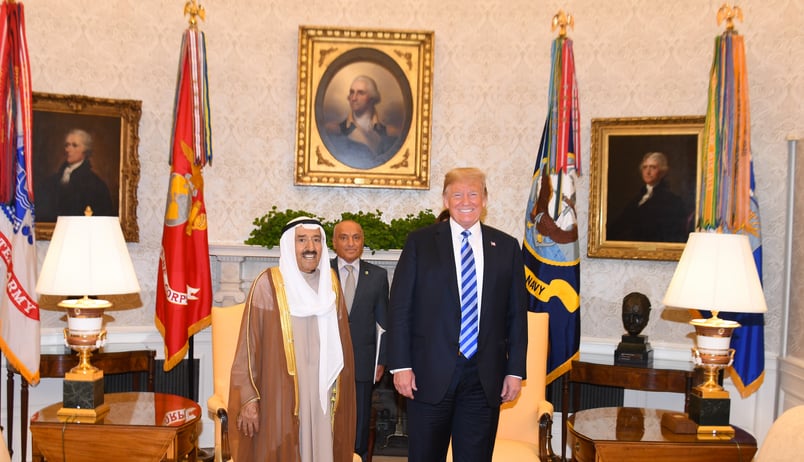 The case comes in relation to an interview conducted by Lebanon-based Al-Manar TV in which a journalist alleged that US President Donald Trump had forced Sheikh Sabah to cancel oil contracts worth $11bn with China to sign the same contracts with the United States.

The comments created a political storm, leading Lebanese Prime Minister Saad Al-Hariri to affirm the country’s “admiration and respect” towards Kuwait over the weekend.

Kuwait’s information ministry previously described the claims as “defamation, slander, falsification of facts and an attempt to mislead the public”.

Lebanese new agency NNA said state prosecutor of cassation, judge Samir Hammoud, referred journalist Salem Zahran’s case to the Beirut Prosecution of Appeal after hearing his testimony over statements made during the interview on September 13.

Hammoud is pursuing charges of defamation and slander against Zahran for “exposing Lebanon’s foreign relations to danger”.

Sheikh Sabah met with Trump earlier this month to discuss bilateral relations and regional issues including Yemen, Palestine and continuing boycott of Qatar by Bahrain, Egypt, Saudi Arabia and the UAE.

It was the third meeting between the two in a year.

Read more: Kuwait’s emir tells US President he is hoping for ‘an early end’ to the GCC crisis