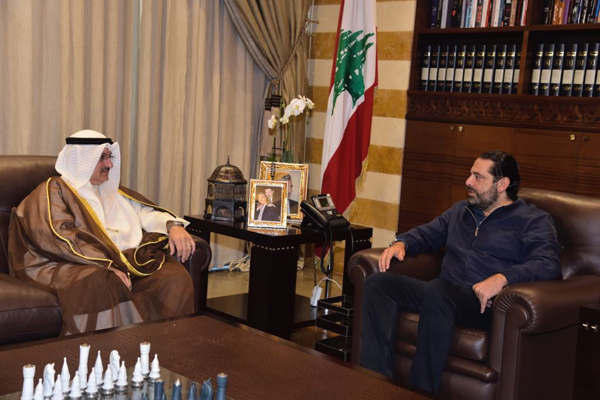 Lebanese Prime Minister Saad Al-Hariri affirmed his country’s “admiration and respect” towards Kuwait during the weekend, amidst a media controversy that has created a political storm.

The issue arose after Lebanon-based Al-Manar TV aired an interview with a journalist who alleged that US President Donald Trump had forced Kuwait’s emir Sheikh Sabah Al-Ahmad Al-Jaber Al-Sabah to cancel oil contracts worth $11bn with China and sign the same contracts with the United States.

“What occurred on television screens is an act outside the Lebanese national consensus regarding relations with Kuwait and the rest of the Arab brethren,” Hariri said after a meeting with Kuwaiti ambassador to Lebanon Abdulaal Al-Qenai.

“Lebanon’s judiciary system is investigating the matter and will come up with a verdict,” the official Kuwait News Agency (KUNA) quoted him as saying.

What was said represented “defamation, slander, falsification of facts and an attempt to mislead the public,” the ministry said in a statement.

“These allegations are far from reality, containing offensive remarks that reveal evil and malicious intentions which will never affect the neighborly and historic relations between Lebanon and Kuwait,” it added.

Meanwhile Al-Manar TV also issued a statement saying its views were not reflective of the journalist’s remarks.

“What was said about Kuwait in one of the interviews does not at all reflect al-Manar’s stance but rather that of the person who voiced his opinion. Al-Manar is also keen on stressing that it has always appreciated and greatly respected Kuwait’s emir, government and people,” the TV network said.

“The attempt by some opportunists to turn the remarks of al-Manar’s guest into a problem with Kuwait is a harmful act whose objectives are well-known,” it added.

Sheikh Sabah met with Trump earlier this month to discuss bilateral relations and regional issues including Yemen and Palestine.

It was the third meeting between the two in a year.

Read more: Kuwait’s emir tells US President he is hoping for ‘an early end’ to the GCC crisis