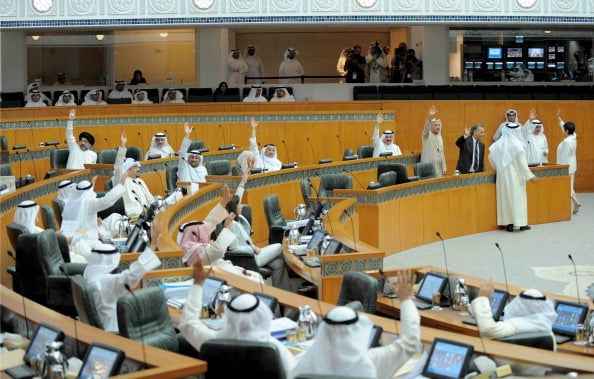 Kuwait’s National Assembly will not look at a government-sponsored draft law on imposing taxes as a priority, according to reports.

The head of the parliamentary committee responsible for setting the assembly’s priorities, MP Ahmad Al-Fadhi, said the group decided the law should not be on its agenda, according to Kuwait Times.

The decision follows continued opposition in the country’s parliament against government austerity measures to reduce the country’s budget deficit.

Kuwait’s previous parliament was dissolved in October 2016 after squabbling with the government over a decision to raise fuel prices.

The government is meant to introduce a 5 per cent value added tax by next year as part of a Gulf Cooperation Council-wide agreement that has already been implemented by Saudi Arabia and the UAE.

Several MPs said last year they would oppose the VAT bill, which will in theory need parliamentary approval to become law, due to concerns it would raise living costs for citizens.

The International Monetary Fund said last month that Bahrain, Kuwait, Oman and Qatar should “technically” be ready to implement VAT in a year and a half.

However, of the four Oman is the only country to have set a definitive implementation date in 2019.