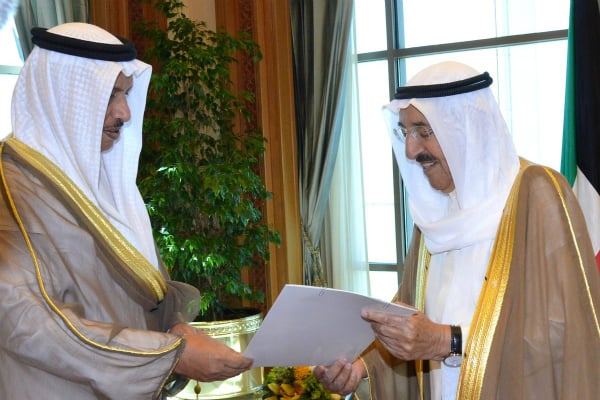 Kuwait’s Emir accepted the resignation of the country’s government on Monday following repeated grillings of ministers by MPs.

The resignation was widely expected following comments from National Assembly speaker Marzouq Al-Ghanem last week indicating that ministers would not attend the next parliamentary session on Tuesday.

During the session, the assembly was due to hold a no-confidence vote against minister of state for cabinet affairs and acting information minister, Sheikh Mohammed Al-Abdullah Al-Sabah, for his alleged failure to implement legislation and abide by the budget.

An Emiri decree accepting the resignation indicated that current ministers should carry out urgent affairs until the next government is formed.

The cabinet was less than a year old after being appointed following last November’s parliamentary elections that saw major gains from opposition MPs.

Only months into its tenure it lost its first member when information minister and state minister of sports and youth, Sheikh Salman Al-Sabah, was forced to resign ahead of a February no-confidence vote.

Read: Kuwait minister resigns ahead of no confidence vote over sports ban – report

The previous parliament was dissolved by the country’s Emir for clashing with the government over the raising of fuel prices.

It was unclear if any current ministers would be retained following the resignation.

Local media reports suggested Prime Minister Al-Sabah would continue in the role and lead the next government.