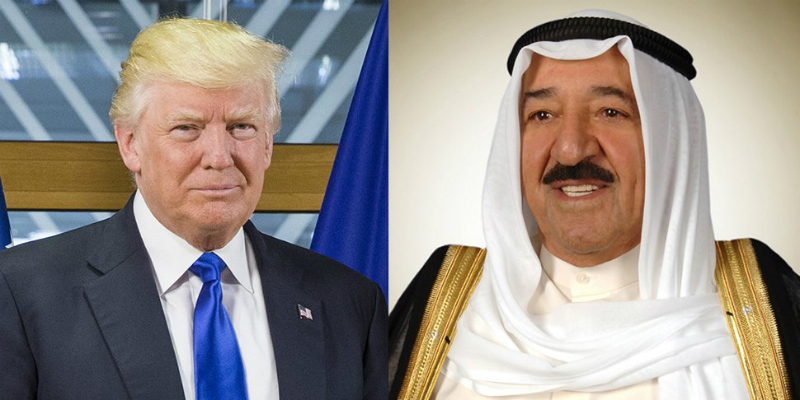 During his trip, Sheikh Sabah will meet with US President Donald Trump at the White House in a “working visit” confirmed for Wednesday, September 5.

The Kuwaiti delegation is expected to discuss trade, investment and security cooperation, according to the White House.

US ambassador to Kuwait, Lawrence Silverman, said on Saturday that the meeting would be an opportunity to “exchange views over pressing regional challenges”, KUNA said.

Kuwait has acted as a mediator in the current split between Bahrain, Egypt, Saudi Arabia and the United Arab Emirates and Qatar.

The four Arab allies severed trade, diplomatic and transport links with Doha in June last year after accusing it of supporting terrorist groups.

The United States is understood to be interested in holding a US-GCC summit later in the year but a lack of progress in talks between the two sides has made this seem increasingly unlikely.

A senior Saudi official said on Friday that he was waiting for the implementation of the East Salwa island project, which would see digging a canal to separate the Qatari peninsula from the mainland, turning it into an island.