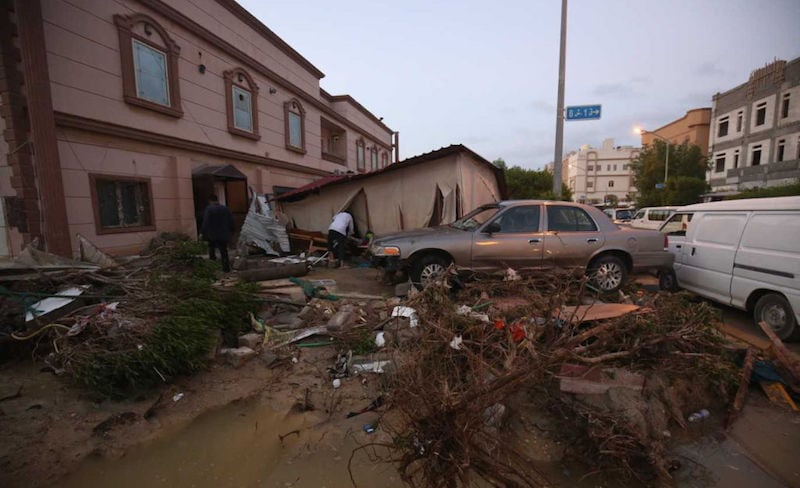 State-owned Kuwait Petroleum Corporation (KPC) has suspended work at all of its companies on Wednesday due to the extreme weather which has hit the Gulf state in recent days.

Kuwaiti Public Works Minister Hussam Al-Roumi resigned on Friday because of the extensive damage to public property caused by heavy rains and floods.

Read more: Floods kill one in Kuwait a day after minister resigned

Kuwait Oil Company (KOC) lifted a state of emergency on Saturday following the flooding, in which one person died, and said that facilities were operating normally.

But KOC, a KPC subsidiary, said in a statement that KPC had suspended work at all its companies after the cabinet decided to suspend work in government institutions on Wednesday, including ministries and schools.

Kuwait National Petroleum Company (KNPC), also a KPC subsidiary, said it had given its employees a day-off on Wednesday, except those whose jobs required them to be in their work places.

KNPC delayed the second pre-tender meeting for Al-Dibdibah Solar Power Plant project that was due to be held on Wednesday. It said on Twitter the meeting had been rescheduled for Nov. 26.

KNPC CEO Mohammed Ghazi Al-Mutairi said in a tweet that all fuel stations were working and “will not close, and there is no need to fill car tanks now.”

Kuwait’s stock market suspended work on Wednesday, as well. A statement published on its website said, “In accordance with the instructions of the Capital Market Authority, and due to bad weather conditions, Boursa Kuwait suspends its work one day, Wednesday, November 14, 2018”.

Kuwait Banking Association said it had also suspended work in all its banks on Wednesday. These banks include National Bank of Kuwait, Gulf Bank, Ahli United Bank, and Kuwait International Bank.

The decision was made in coordination with Kuwait’s central bank.