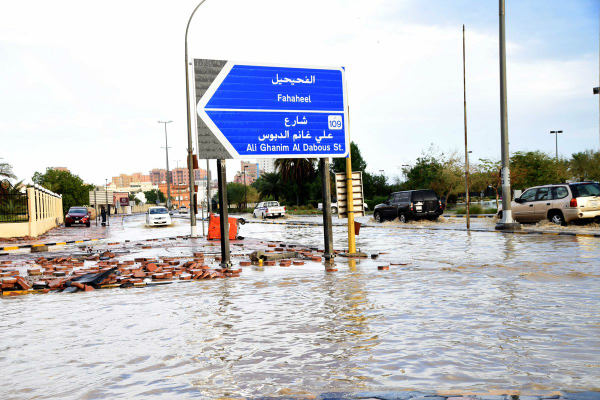 Kuwait Oil Company on Saturday lifted its state of emergency following floods across the country in which one person died, and said that facilities were operating normally.

Talal al-Khaled al-Sabah, an oil sector spokesman, said in a company tweet that “the state of emergency was lifted at Kuwait Oil Company and all affiliated companies but emergency rooms will be activated to handle the bad weather conditions.”

In a statement, the Interior Ministry dismissed rumours on social media of multiple deaths, noting that “only one case of death was reported.”

The army and national guard were mobilised to help clear water from critical facilities and roads.

Minister of public works Hussam Al-Roumi submitted his resignation to the prime minister in response to the flooding crisis on Friday.

Parliamentary speaker Marzouq al-Ghanim said a meeting would be held on Sunday to discuss the impact of the flooding, KUNA reported.

Twelve people died in heavy rains and flooding in parts of Jordan on Friday and authorities evacuated foreign tourists from the ancient city of Petra and other popular destinations, officials said on Saturday.