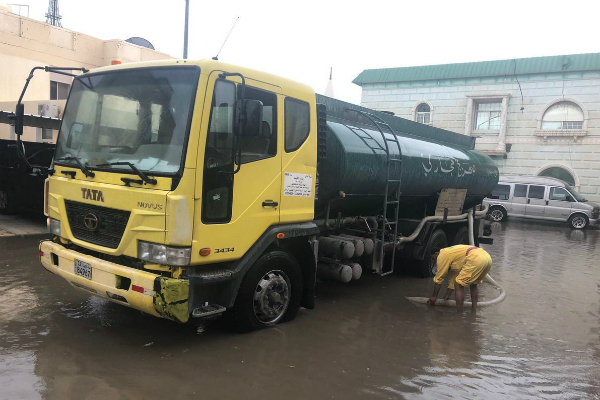 Kuwait closed its main stock exchange as well as government and ministerial offices and schools on Tuesday due to bad weather.

State new agency KUNA confirmed the stock exchange closure based on a Boursa Kuwait announcement. The stock index ended Monday in the red as the premier market index declined 6.25 points to 5,263.59 and the main market declined 44.98 points to 4,670.23.

“The Cabinet issued a decision Tuesday to suspend work at ministries, government institutions and schools because of the unstable weather,” KUNA said in a separate statement

The Gulf regions have been hit by heavy rains and flooding in some areas over the last two weeks.

Schools were closed across Saudi Arabia on Sunday in anticipation of conditions worsening.

Image posted by KUNA showed fallen trees and flooding in some areas of Kuwait.

The Directorate General of Civil Aviation also said on Tuesday that air traffic at Kuwait International Airport was running as normal despite the unstable weather.

The Ministry of health said no injuries or deaths had been linked to the conditions although 205 emergency cases, including 157 asthma and heart cases were reported.