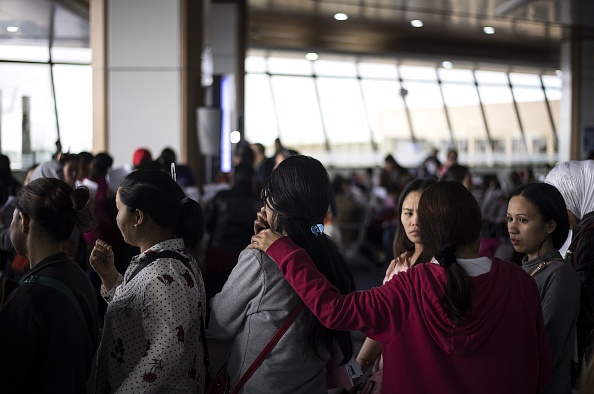 Kuwait and the Philippines appear set to put a diplomatic row over the treatment of workers behind them by signing a draft labour deal.

Philippine officials said at a press conference on Wednesday that a final memorandum of understanding would be signed on Friday, May 11.

Among the key aspects of the deal are provisions ensuring the more than 150,000 Philippine domestic workers in Kuwait have the right to retain their passports and refuse being transferred between employers.

The agreement also stipulates staff are granted at least one day off each week and seven hours of continuous sleep a day, officials explained.

“The sponsor is obliged to provide decent food to housemaids and a good place to sleep,” Philippine presidential spokesperson Harry Roque said, according to Kuwait Times.

“In our talks, the ministry also promised to create a model contract, which will be implemented not just for Filipino domestic helpers, but all other nationalities.”

In addition, the Ministry of Interior will create a special unit to coordinate with the embassy 24/7 on cases of mistreated housemaids. Workers will have access to a special hotline monitored by both sides in case of emergencies.

The deal had recently appeared in jeopardy after Kuwait ordered Philippine ambassador Renato Villa to leave the country.

The expulsion followed comments to the media and videos posted online appearing to confirm the embassy was conducting unauthorised operations to rescue Filipino workers, who said their employers were mistreating them.

Kuwait said the embassy’s actions were a violation of its sovereignty and arrested four Filipinos accused of being involved.

In response, Philippine President Rodrigo Duterte said a February ban on sending workers to Kuwait, enacted after a series of abuse cases including a murdered maid whose body was found in a freezer, would become permanent

Roque said on Wednesday that the four were freed but three diplomats were still sheltering in the embassy after being sought for questioning by the interior ministry.

“The three diplomats will also be allowed to leave soon pending an interior ministry clearance,” he said, indicating this could be granted in two or three days.

Philippine labour and employment secretary Silvestre Bello indicated he would recommend a partial lifting of the work ban to Duterte soon, allowing skilled and professional workers to be deployed to Kuwait.

“Housemaids will follow, but we want to see the immediate affect of the agreement, which we are going to sign on Friday, he said, according to Kuwait Times.