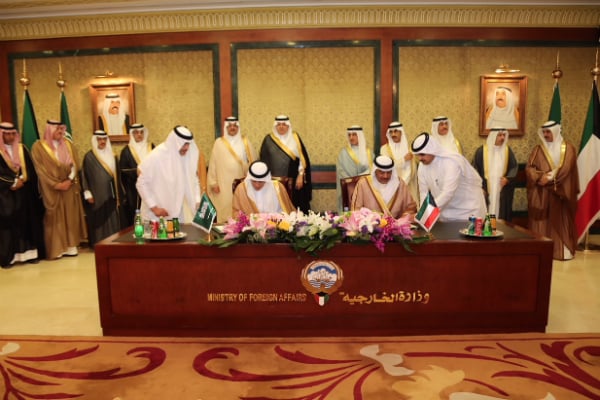 Saudi Arabia and Kuwait have established a coordination council to boost bilateral ties.

The announcement on Wednesday comes following reports that the two are preparing to resume oil production at the neutral zone on their respective borders by the end of the year.

Production was halted at the Khafji and Wafra fields in October 2014 and May 2015 respectively due to environmental concerns and technical difficulties.

Kuwait ambassador to Saudi Sheikh Thamer Jaber Al-Ahmad Al-Sabah said the new council would explore “further integration in visions, cooperation and coordination for the good and the welfare of our countries and peoples”, according to state news agency KUNA.

News of the agreement was first confirmed during Tuesday’s Saudi Cabinet session.

Saudi has recently formed coordination councils with a number of countries including the UAE and Iraq.