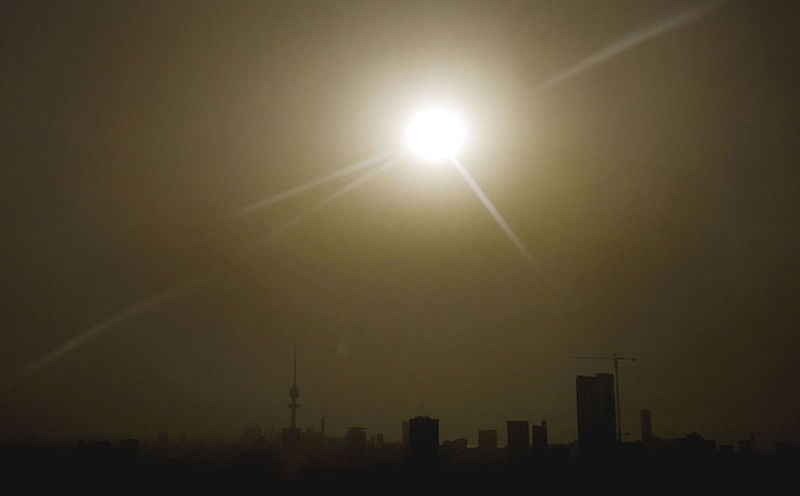 Kuwait has recorded the world’s highest temperature in the last 24 hours, with the northern region of Mitribah seeing highs of 51.4 degree celsius on Tuesday, according to world weather website El Dorado.

While Kuwaiti media reports quoted a Saudi astronomer as stating that the temperature hit 52.2 degree in Mitribah on Saturday, the data from El Dorado found Tuesday’s temperature to be the highest so far.

Four other regions from Kuwait also featured among the 15 regions worldwide with the highest temperatures including Sulaibiya (50.9 degrees) coming second, Jahra (50 degrees) in the sixth place, Abdaly (49.6 degrees) in the ninth position, Kuwait International airport (49.5 degrees) in the 12th spot. 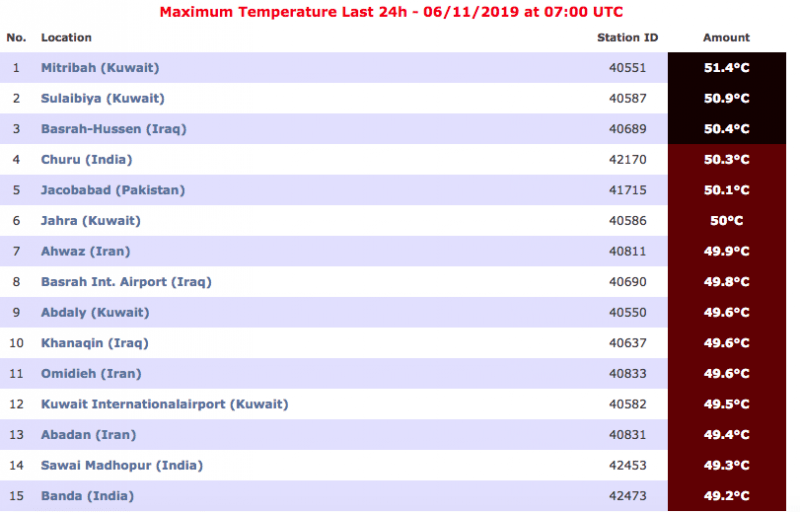 Mitribah currently holds the joint record for the highest-ever recorded temperature on earth at 54 degrees celsius recorded on July 21, 2016.

Read: Revealed: The highest temperatures ever witnessed in the GCC

The country is currently studying a draft law that will permit government departments in charge of public work to operate in the evening hours due to the soaring temperatures, Kuwaiti media reported.

MP Faisal Al Kandari submitted the draft legislation earlier this week, which recommends that government offices, especially those dealing with the public, must work from 5pm to 10pm in the summer months.

It also states that evening timings should be place from June 1 until the end of August, when temperature reach around 50 degrees celsius in the country.

The bill has to be passed by the National Assembly and the government to become a law, Kuwait Times reported.