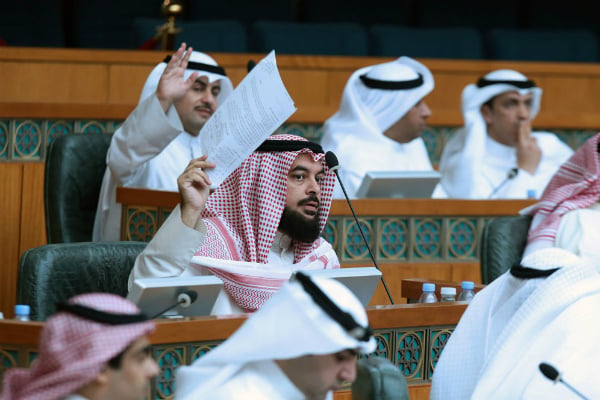 Opposition MPs in Kuwait are reportedly collecting signatures with an eye on requesting a debate on scrapping last year’s increase to fuel prices.

Kuwait Times reports that opposition MP Abdulkarim Al-Kandari is leading the collection process to have a report from the financial and economic affairs committee on the fuel hike discussed in parliament at the next session on October 24.

Earlier this year, the committee approved a draft bill calling for increases to utility and fuel prices to be scrapped and the passing of a law that would prevent the government increasing public fees and commodity prices without the parliament’s approval.

Separately, sources from the ministerial health and social affairs committee told the publication that increasing fees for services including healthcare for expats and fuel was up to the government and no other party had the right to call for their cancellation.

However, they did state that suing the government in court cases, as occurred after the fuel price increase, was everybody’s right.

Kuwait reduced subsidies on fuel at the beginning of September last year, with prices rising by more than 80 per cent for some categories.

The decision was met with such strong opposition from the country’s previous parliament that Emir Sheikh Sabah Al-Ahmad Al-Sabah issued a decree in October for it to be dissolved and fresh elections to be held.