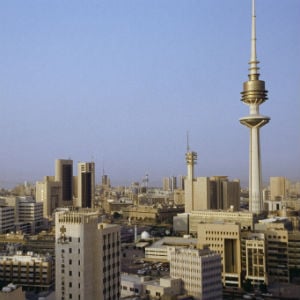 The Kuwait banking sector has clawed its way back from its nadir in 2008/2009 when the sector was beset with problems, led by the massive loss at Gulf Bank, and rising non-performing loans and other assets throughout the sector. Losses and defaults at investment houses, and the substantial decline in the domestic stock exchange, added to the malaise.

The global credit crisis weakened lending and investment banking, pushing up provisions for loan defaults and causing a decline in the value of banks’ investments in the Middle East and globally. The Kuwait authorities was forced to guarantee all deposits at local banks in 2008 after Gulf Bank reported its loss and Global Investment House, Kuwait’s largest investment bank, defaulted on $2.8 billion of debt.

Since then, most Kuwaiti banks have strengthened their financial positions but the high level of non-performing loans on banks’ balance sheets remains a drag on earnings and performance. Provisioning has strengthened to the point that net profit and returns are rising largely through reduced provisioning charges. Gross income and operating profit for the sector however is still mainly flat owing to weak loan growth rates for the sector. This has led to relatively weak growth in net interest income. Moreover, the low volume growth has constrained non-interest income with fees and commission income lack-lustre. Despite these challenges, the improvement in Kuwait banks’ bottom line is a welcome move and has benefitted the overall strength of the banking sector.

On the back of the lending problems of the last few years, particularly to the real estate and investment sectors, bank management and credit granting committees in particular, have taken a cautious approach to new lending. Real estate and investment sectors dominated the economy and, in particular, bank lending, in previous years and the concentrated exposure caused significant challenges when the climate turned. Banks remain, unsurprisingly, very circumspect to these sectors. Instead, they are looking towards the productive sectors of the Kuwait economy for loan growth. Lending to the commercial and industrial sectors over the past eighteen months has amounted to KWD230 million according to industry sources, a big increase from lending seen previously.

In 2010, Kuwaiti banks saw a marginally better performance in terms of profitability as compared to the lower base of 2009. In the first half of 2011, the positive trend continued. Total loans in the Kuwait banking sector grew by just over one per cent in the first half of the year, and this growth is amongst the lowest in the GCC. Despite the subdued performance in interest income, and lower non-interest income, most banks recorded much higher growth in net profit. For the sector, net profit grew by 14 per cent, to KWD295 million, against the corresponding period of 2010. Lower provision charges, which fell by 13 per cent or KWD38 million, were the major factor. The return on average equity for Kuwaiti banks for the twelve-month period to end June 2011 rose to 10.6 per cent, the highest level since 2007.

Kuwait’s flagship bank, National Bank of Kuwait, continues to be a bellwether for the sector. The bank’s third quarter results to September 2011 indicate that lack-lustre loan and asset growth in the sector continues. NBK’s loans have increased by just 0.9 per cent in the year to date. Deposits fared little better, rising by 1.3 per cent for the nine months.

Net profit of KWD79 million for the third quarter was a decline of 0.5 per cent year-on-year but an increase of 20 per cent quarter on quarter.

Despite the above, NBK continues to exhibit the strongest financial profile in the Kuwait banking sector, and by some way. The bank’s non-performing loans ratio was just 1.59 per cent at end September 2011. NBK has significant provisions in place, reflecting its very conservative policy and high coverage. Provisions taken during the third quarter are likely to have been mainly general provisions, including precautionary provisions in respect to the bank’s activities in Egypt.

Commercial Bank of Kuwait (CBK) reported much stronger net profit in the third quarter, again due to lower provisions taken during the quarter. The bank’s net interest income declined two per cent year-on-year, reflecting lower earning assets and a constant margin. The loan portfolio for the nine months to end September 2011 fell by eight per cent. As a result, total income remained steady.

CBK’s NPL ratio declined to 6.9 per cent in September 2011, down from a very high 15.4 per cent at end 2010, due mainly to write-offs and some reclassification. Even though credit provisioning levels over the short-term should not create any surprises, they will nonetheless increase if the Kuwait Stock Exchange falls, since collateral against NPLs gets marked to market at lower values.

Gulf Bank continues to recover from its crisis connected to derivatives trading positions held a few years back which resulted in a loss of around $1.3 billion. The bank’s net profit in third quarter of 2011 rose by 8.3 per cent to KWD9.1 million and nine month net profit doubled to KWD27.4 million. Lower provisions has been a key factor in the bank’s improvement. Despite the growth, Gulf Bank was hoping to do better, but the much slower recovery in the global market, as well as in Kuwait and the GCC, has held back performance. Gulf Bank’s non-performing loans to gross loans ratio declined to 10.5 per cent for the nine months ended September 2011 from 16 per cent a year earlier.

The plan involves increasing energy production, construction of a rail network and metro, airport expansion, new cities, hospitals, roads and a port on Boubyan Island. The Kuwait banking sector is yet to see noted signs of the investment plan making an impact. Although still at an early stage, the benefit of the plan has not really been seen, and the local stock exchange, the general investment climate, and the commercial real estate market in particular, remain subdued.

This also remains the case for Kuwaiti banks.