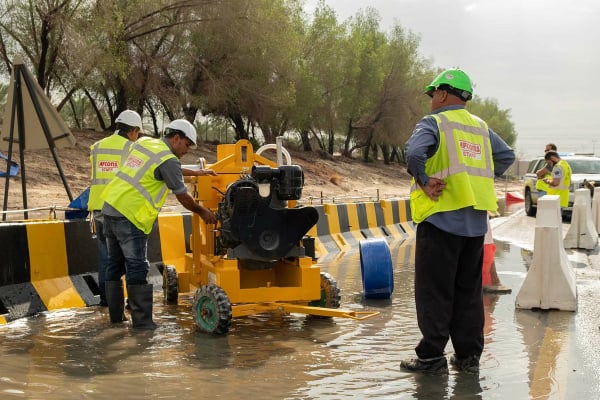 Kuwait’s deputy prime minister has fired the country’s roads and transport head after bad weather brought parts of the country to a standstill.

The country’s stock exchange, government and ministerial offices and schools were closed on Tuesday and a national holiday was declared as heavy rains flooded roads and brought down trees.

Minister of public works and minister of state for municipal affairs Hussam Al-Roumi on Tuesday described the failure of the country’s road network and sanitation system as “intolerable” during an emergency meeting with municipal and emergency services heads.

He said an investigation would be carried out to determine who was to blame, as civil defence staff worked to reopen key roads.

It was then reported that deputy prime minister and minister of state for cabinet affairs Anas Al-Saleh had issued a decree dismissing the director general of the Public Authority for Roads and Transportation Ahmad Al-Hassan.

The order “came at the behest” of Al-Roumi”, state news agency KUNA reported.

The Directorate General of Civil Aviation said flights were operating as normal from Kuwait International Airport on Tuesday.

However, it warned that rains may return later this evening and into the night after easing during the day.

Around 58mm of rain was detected in Kuwait city with winds reaching 64kmh.Forecasters warned that showers could continue for another two days.

In a television broadcast, Kuwait’s Prime Minister Sheikh Jaber Mubarak Al-Hamad Al-Sabah assured the nation that security forces were ready to handle any emergencies linked to the downpour.