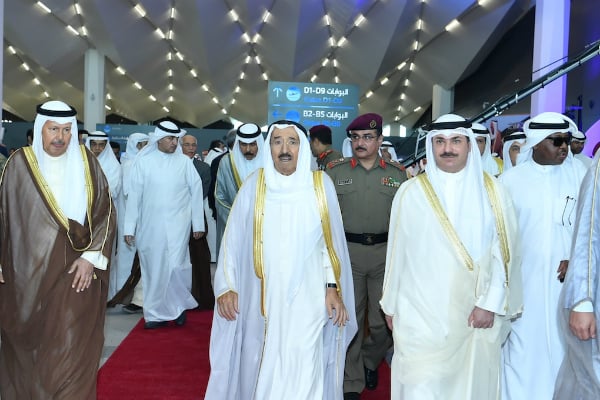 Kuwait on Wednesday inaugurated a $176.3m new passenger terminal designed as a stopgap to ease congestion at Kuwait International Airport.

Terminal 4, spanning 55,000sqm, has a capacity of 4.5 million passengers a year and can accommodate up to 6 million, according to officials.

It will be used exclusively by Kuwait Airways and is due to begin operations from August 8, having missed previous deadlines of the beginning of last year and then June.

Like Jazeera Airways’ Terminal 5, which opened in May and has a capacity for 2.5 million passengers a year, Terminal 4 is considered a stopgap until the $4.3bn Terminal 2 is completed.

Read: Kuwait’s Jazeera Airways to open new terminal in May

Kuwait Airways’ CEO Ibrahim Al-Khuzam said in February the country’s main airport terminal, Terminal 1, was designed to accommodate around 4.5 million passengers a year but was serving closer to 14 million after passenger traffic increased 17 per cent in 2017.

Officials said Terminal 4 would provide 2,000 jobs for Kuwaiti engineers and workers and generate revenues of up to $60m a year.

Combined the two new terminals are expected to reduce pressure on Terminal 1 by 60 per cent.

Other expansion work at the airport includes the construction of a 4.5km third runway and a new observation tower.

Al-Khuzam took the helm of loss-making Kuwait airways, which is 100 per cent owned by the government, in May 2017 and has since drawn up a strategy focussing on the commercial sector to return to growth.