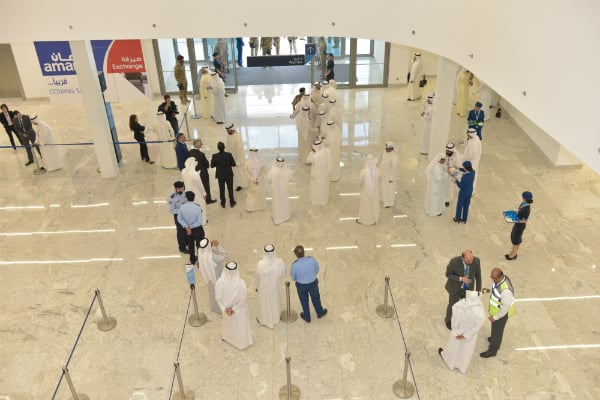 Kuwait’s Jazeera Airways has inaugurated a new terminal at Kuwait International Airport ahead of its commercial opening later this month.

The facility is claimed to be the first owned, built and operated by a private airline in the Middle East and comes amid a wider capacity crunch at the airport’s main terminal.

Jazeera said the terminal was built in 11 months and would be officially opened to the public on Tuesday, May 22.

It has a capacity to handle 2.5 million passengers a year and process 1,200 bags per hour.

Local rival Kuwait Airways is also building its own KD52.89m ($176.3m) terminal at Kuwait International Airport as a stop-gap until the opening of the larger $4.3bn Terminal 2 building.

The airline’s CEO said in February the country’s main terminal was designed to accommodate around 4.5 million passengers a year but was serving closer to 14 million after passenger traffic increased 17 per cent in 2017.

The Kuwait Airways terminal is due to open in June and will have a capacity for five million passengers a year. It will include nine gates and 2,450 parking spaces.

Jazeera Airways began daily flights from Kuwait City to Mumbai on May 10, the fourth Indian city on its route map.

The airline’s CEO Rohit Ramachandran said last year the airline was planning an aircraft order in 2018 to expand its fleet of 15 jets.