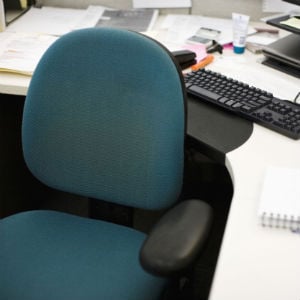 Low job satisfaction and lack of responsibility have been cited by employees as the main reasons for absenteeism, according to a recent survey by Bayt.com.

While each of the two factors was ranked equally by 22.7 per cent of the respondents, other reasons for not attending work included demotivation, bad employee/manager relations, home and family responsibilities and medical and health conditions.

According to the survey, 63.2 per cent of respondents stated that they took unplanned/unapproved days off work ‘very rarely’, while 11.9 per cent claimed to do so once a month.

Interestingly, the survey found that female employees are seen to be absent more often than their male counterparts. Over 50 per cent of the respondents also believe that senior employees take more unplanned leaves than anyone else.

Absenteeism is considered to be harmful to business by eight out of ten respondents, with decreased overall productivity being seen as the most costly side effect of employee absence.

However, while the majority of companies have measures to track absenteeism, a quarter of the respondents said that no serious measures are taken against the absentees.

“Employers state that there are significant knock-on effects to absenteeism, and yet our survey has shown that there are a considerable number of companies that do not follow through on consequences for employees consistently taking unplanned leaves,” said Suhail Masri, VP of Sales, Bayt.com.

“This suggests that stronger measures should be considered, to ensure overall profitability and smoother operational functions.”

According to 51 per cent of poll respondents, the solution for the problem is to reward regular attendance and punctuality.