The Japanese bespoke shoemaker you should know about 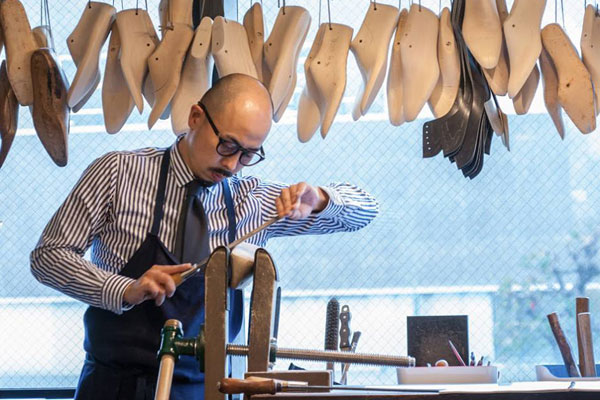 It took a crushing heartbreak to mould one of Japan’s finest bespoke shoemakers. Shortly after completing high school, Toyama native Yohei Fukuda planned to move to America with his girlfriend.

Hours before their flight was to take off, she changed her mind. He was left abandoned at the airport. 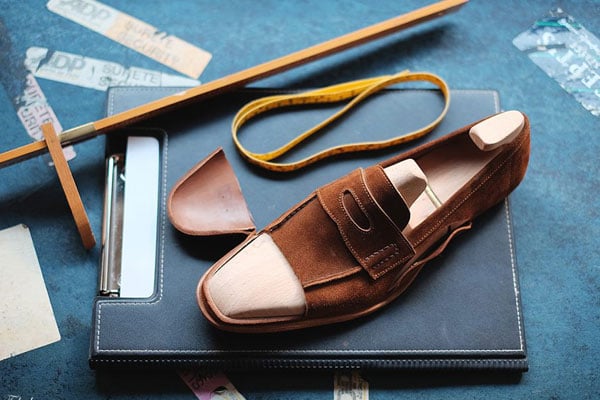 He enrolled at the Tresham Institute in Wellingborough where he learnt the craft of making shoes. “When I was a student at the shoe institute, I had opportunities to work at several classic shoe factories,” says Fukuda. “I learnt bespoke shoemaking and made two pairs of shoes by hand within six months.”

In a way, Fukuda showed promising signs of becoming a shoemaker before he was even a teenager. “When I was 12-years-old, I wanted an original vintage Nike trainer, but it was very expensive. So instead, I bought a pair of vintage Nike boxing shoes that looked similar but were cheaper. When I put the boxing shoes on, I realised that I couldn’t wear them outside of the house as the soles were designed only to be worn indoors. So I went out again and found reasonably priced trainers with good rubber soles. I don’t remember how I did it, but I swapped the soles in the Nike boxing pair with the ones from the trainers that I had bought.” 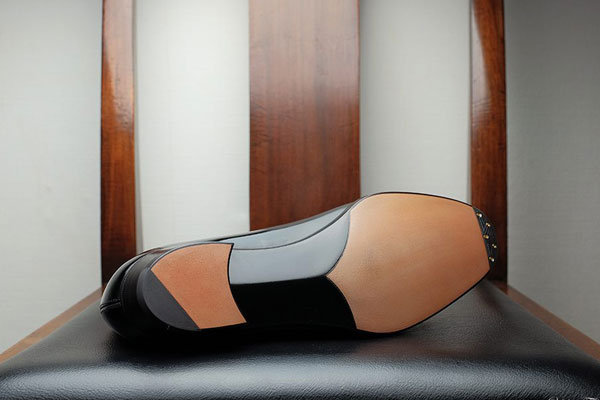 The day after he completed his shoemaking course in Northamptonshire, Fukuda headed to London to search for a job. He was offered one as a shoe polisher at John Lobb. The 22-year-old was told that instead of money, he would be paid in shoes. Although initially taken aback, he couldn’t let the chance to work at one of the best shoemakers in the world pass him by. He accepted and started working, only to be told that he would indeed be paid real money and the offer to pay him in shoes was only a test to see his determination to work in the shoe business. Fukuda had passed.

He spent the next few years working in London alongside legendary shoemakers like Nicholas Tuczek and Anthony Cleverly, honing his skills by repairing bespoke shoes. By 2008, he decided to return to his home country and set up his own business in Japan.

When Fukuda established his eponymous shoemaking company in Tokyo in 2008 he decided to skip the busier districts of Ginza, Shibuya and Shinjuku and instead settled on the wealthy enclave of Aoyama. Back then he was one of only two or three bespoke shoemakers in Tokyo. Today, there are more than 30 bespoke shoe companies in the city with the other stellar names in the lineup being Shoji Kawaguchi of Marquess and Hiro Yanagimachi. 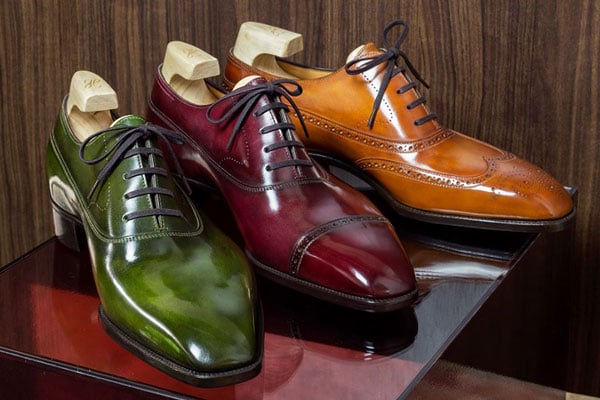 At Fukuda’s atelier, there are primarily four types of shoes made by the man himself and his team of five assistants, all of whom are graduates of shoe colleges from around the world.

The waiting time for a bespoke pair can be anywhere between six to 12 months and can even go up to 18 months now that Fukuda has become an established name. There are multiple stages from the initial appointment to another meeting to decide style, materials and customisation details, the measurements and at least one fitting (sometimes more) before the shoe is ready for delivery. 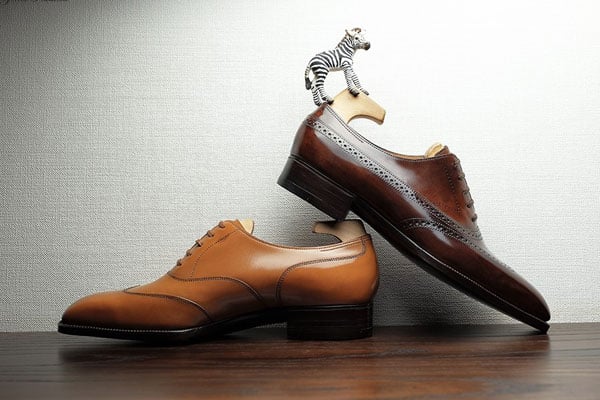 Fukuda favours materials used by traditional English shoemakers. For the bottoming – be they of Oxfords, Derbies or Monk Straps, among others – he uses materials by Baker while for the upper he uses leather sourced from several countries. “I mostly buy leather from Europe. But as long as the quality of the leather is good, I don’t mind where they come from.”

For the moment, the 38-year-old Japanese shoemaker has just the one permanent store in Japan, and it’s already attracting a famous crowd. Fukuda’s clientele includes menswear titan Jeremy Hackett, who ordered a pair of bespoke two-tone apron front Derby shoes two years ago to celebrate the opening of Mr Classic’s new store in Ginza.

“I have many clients from Dubai and the Middle East too. All of them come to our store in Tokyo.”

Fukuda doesn’t rule out trunk shows in other cities around the world and eventually having his own stores outside of Tokyo and Japan itself. But he insists that expansion will not come at the cost of quality.

“When we have more great shoemakers, we will make more shoes. The most important thing for us is to focus on quality, rather than on making more shoes. The company will eventually grow in size.” 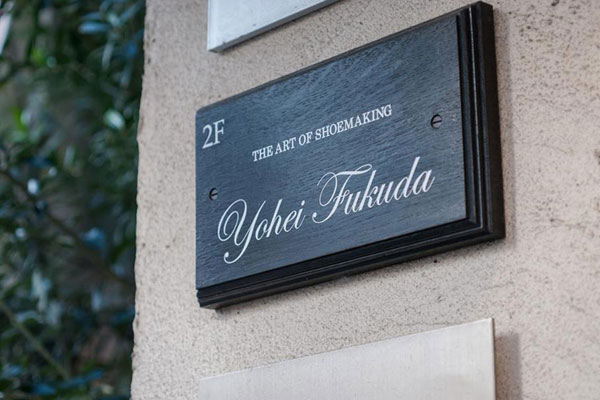 Fukuda is on Facebook and Instagram and those are the primary ways that many people get in touch with him. Alternatively, stroll down the streets of Aoyama until you stumble upon the nameplate with these words written across it: “The Art of Shoemaking.” You’ll know you’ve come to the right address.