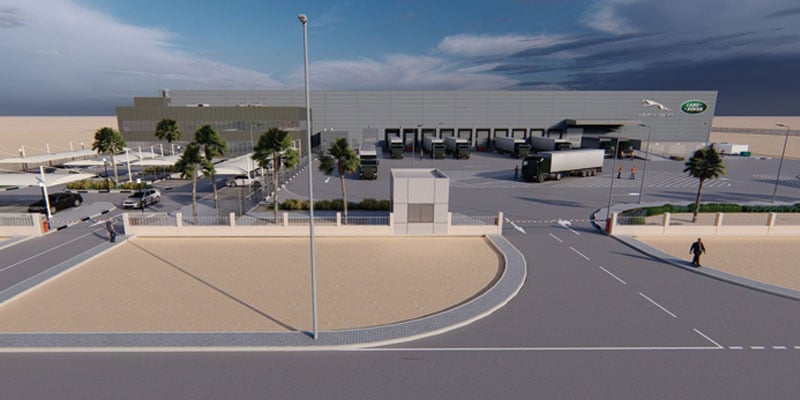 JLR already has an operational parts distribution centre in Jebel Ali since 2014 that services nine markets in the Middle East and North Africa.

However, the new facility will have an increased storage capacity of 19,000 square metres – with the option to increase that figure to 30,000 square metres – and is being built as a means to allow JLR to expand its parts distribution business within the region.

The facility is expected to be fully operational by the first quarter of 2021, though the migration of operations from the old facility will begin in November this year itself.

The new centre will allow JLR to distribute approximately 32,000 parts and will streamline the distribution of parts to markets across the region.

“Demonstrating our long-term commitment to the MENA region, this new distribution centre has been developed to keep pace with the projected growth of the market in the years to come,” said Bruce Robertson, managing director Jaguar Land Rover MENA.

Jaguar Land Rover MENA is responsible for the provision of region-wide support to 18 markets and 44 dealerships.

JLR already has an engineering vehicle testing centre Dubai, with a dedicated JLR Training Academy, the first of its kind in the region.

Two years ago, JLR announced that it had chosen Dubai as its MENA headquarters and that it was setting up its HQ in Dubai’s Silicon Oasis which would include a training academy, an engineering testing centre, a customer relations centre, a training workshop and a training showroom for the sales staff.