Is The Oil Price Rising Too Fast? - Gulf Business 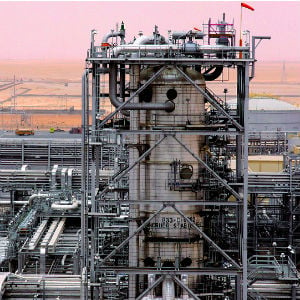 An oil run-up of 2008 proportions and a global double-dip recession could be on the cards if the Organisation of Petroleum Exporting Countries (OPEC) doesn’t act to help bring crude prices under control, energy experts have said.

The warning comes after the world’s largest oil-consumer countries have been hit by a rapid price rise in recent months that has threatened to damage their fragile economies and the stability of the global financial system.

Some analysts predict that a spike in the oil price this year could be enough to snuff out the economic recovery in countries like the US, and plunge them back into negative growth.

Gail Tverberg, a consultant and expert on peak-oil, and editor of research portal The Oil Drum, said: “Regardless of what OPEC says it’s doing to raise production, their actions don’t match with their words.

“So I’m suspicious that OPEC is fibbing a little about what it can and can’t do. Maybe it can do the things it says but over a longer time period. If they don’t have the capabilities they say they do then that’s a major concern for world economies.”

Oil prices climbed as high as $147 a barrel in mid-2008, and created an enormous drag on the real incomes of big oil-importing countries.

It has also been driven by expectations of increased fuel demand as the world’s economy recovers from recession and most recently by concern that political unrest in Egypt and Tunisia could spread across the oil-producing Arab world.

Helen Henton, head of energy and environmental research at Standard Chartered, said: “I think a lot of the recent price strength is more a reaction to strong macro data than events in Egypt/North Africa, although these have also added a risk premium.”

Imad al-Atiqi, a member of Kuwait’s Supreme Petroleum Council, said recently that prices could exceed $110 a barrel during the first half of 2011 if unrest continues in Egypt.

High prices will stimulate increased investment and development in oil projects, but it paves the way for higher food inflation, which many economies are struggling to deal with.

“Problems are arising for countries in the Middle East that are not producing oil as their main export, such as Jordan or Syria. It’s likely to hamper their economic recovery more so than the oil producing states,” said one analyst.

“The hardest hit will be poorer countries in the Middle East, with the main concern coming from higher food prices,” he added.

Extreme weather conditions last year damaged crops in many parts of the world, notably harvests of wheat and sugar.

The resulting increases in food prices have contributed to social unrest in many countries, including in Egypt.

World food prices reached their highest level ever in January, according to the UN food agency.

Yet, Gulf oil-exporting countries, such as Saudi Arabia, can use increased inflow from petro-dollars to introduce subsidies to offset the effects of rapidly growing populations and higher food prices.

Meanwhile, other OPEC members should be pushing for increased supply to curb the rising oil price, Royal Dutch Shell chief executive Peter Voser said at a news conference in February.

He noted OPEC’s idle production capacity of five million barrels per day (bpd) – more than the two million bpd it held in 2008 when oil spiked to $147 – could help to prevent a surge in prices this year.

“In the absence of geopolitical factors, this may well cushion the markets from a spike in 2011,” Voser added.

Nobuo Tanaka, head of the International Energy Agency, said the global market was not facing an emergency, but in the event of supply disruption as a result of crisis in the Middle East, OPEC and the IEA should act.

Saudi Oil Minister Ali Al Naimi offered some crumb of comfort recently, suggesting that OPEC members may ramp up production this year as global demand for crude rises to 1.8 million barrels a day.

Surging populations in emerging markets such as China, India, the Middle East and Latin America would see demand rise by two percent, Al Naimi said in a speech in Riyadh.