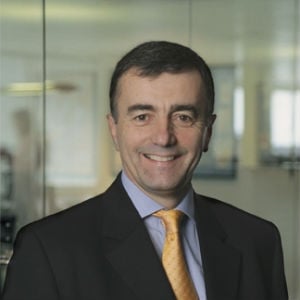 Global utility company, International Power-GDF Suez, does not face any problems related to market concentration in the Middle East, according to its CEO Philip Cox.

“We really don’t think it’s much of a problem. We have got good positions, but rarely are we in a position of real market concentration. There’s room for and there is very healthy competition in all of our markets,” he told Gulf Business in an exclusive interview.

Bahrain and Oman are the two countries in the region where International Power-GDF SUEZ has faced an issue of market concentration, he said.

Earlier this month, the two companies announced the completion of the sale of 40 per cent of Hidd Power Company (HPC) in Bahrain to Malakoff International for $113.4 million.

“This transaction is in line with International Power’s agreement to sell down part of its interest in the Bahraini power market to comply with regulatory requirements following the combination with GDF SUEZ Energy International in February 2011,” the companies said in a statement earlier this month.

IP will continue to own 30 per cent of HPC, which has a total capacity of 929MW, they said.

“The key is we have a widely spread portfolio, and also, these markets are growing. So if we have a concentration at one point, then as the market grows, clearly we have more capacity for growth,” he added.

“The Middle East is hugely important to us and International Power-GDF SUEZ have – combined – been in the region for over 15 years,” said Cox.

“When we look at it in terms of geography, the Middle East represents about 16 per cent of International Power-GDF SUEZ’s global capacity – and that’s a growing percentage,” he added.

The company has about 21 plants in operation or under construction in the region, and Cox recently came down to Bahrain to attend the launch of IP’s latest project, the Al Dur plant.

Al Dur, Bahrain’s largest independent power generation and water desalination plant, began commercial operations in February 2012, and has a capacity of 1,234 MW of power and produces 48 million gallons of water a day.

“For us, this is one of the classic projects we do in that we did the development work, project-managed the construction, we are prime movers in arranging the finance, we commissioned the plants and we are the long term operators of the plant working closely with our project partners,” said Cox.

Overall, the company hopes to increase its presence in the region and work as a long-term player.

“We are clearly attracted by the demand growth in the region, which is in the four to seven per cent range, and we see a very receptive regulatory and power market structure in the region,” Cox added.