The inexorable rise of Kering 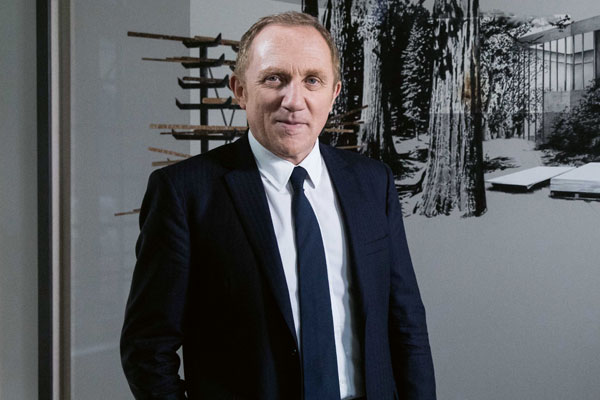 The French luxury conglomerate had a stellar 2017 and grew at never-before-seen rates. But what’s next?

Kering recorded EUR15.5bn ($18.3bn) in sales last year, a 27.2 per cent year-on-year increase. Its operating profit during that time rose to nearly EUR3bn ($3.5bn) making it the most profitable year in its 55-year history.

The power players in this resurgent Kering are mainly three brands: Gucci, Yves Saint Laurent and Balenciaga. Last year, Gucci’s profits rose nearly 70 per cent and YSL’s was up a little over 40 per cent compared to the previous year, while Balenciaga was the group’s fastest growing brand and is expected to be the star performer in 2018.

Ascending at the rate that Kering has comes with its share of growing pains. For example, it is fighting back tax evasion claims in Italy, and is keen to explain that it is meeting its tax obligations in Switzerland and not using a Swiss-based tax scheme to evade taxes.

Kering has now got its sights trained on LVMH, and François-Henri Pinault – the CEO of Kering – is bullish about the prospects of the group’s flagship label, Gucci, possibly overtaking archrival Louis Vuitton to become the largest luxury brand in the world.

And again, the numbers stack up. According to a report in the Financial Times, Gucci’s operating profit in 2017 soared a phenomenal 69.1 per cent to EUR2.1bn ($2.5bn), with year-on-year revenues in 2017 increasing nearly 45 per cent to EUR6.21bn ($7.34bn). In the month of February this year, it was reported that Gucci’s profits quadrupled over the previous 18 months. There’s no sign that the Alessandro Michele and Marco Bizzari- guided Gucci will stray from this growth trajectory anytime soon.

Part of Kering’s record profitability is its willingness to trim its fat and become a lean fighting machine. Case in point: In March this year, it severed a 17-year partnership with Stella McCartney and sold its 50 per cent stake in the company to McCartney herself.

It’s also now a highly focused group that seeks to solely concentrate on the luxury end of the market, which is why it decided to distribute its stake in Puma that it had acquired in 2007 to shareholders.

Kering says that it will keep its foot on the gas in 2018 and has indicated that its fine jewellery brands Pomellato, Boucheron and Qeelin will begin to pick up the pace this year too.

This is what a reloaded Kering looks like: Stand clear.