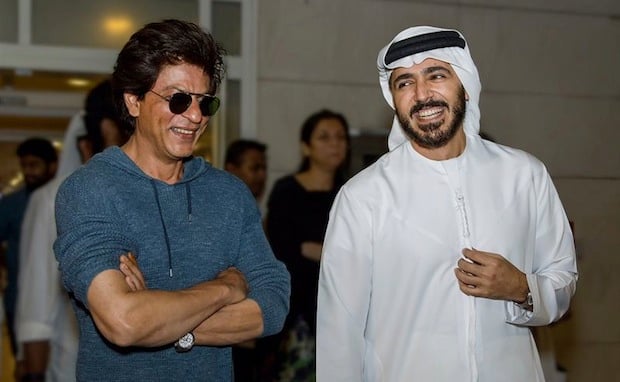 Bollywood actor Shah Rukh Khan will be shooting another film commercial for Dubai Tourism, it was confirmed.

The actor arrived in Dubai on Saturday, May 6, to shoot the sequel to Dubai Tourism’s ‘Be My Guest’ film campaign.

The first video with the actor was launched in December 2016, and has received 45 million views and 65 million engagements across multiple social media channels, Dubai Media Office reported. The film was also one of YouTube’s top 10 most viewed videos worldwide in December.

The second phase of the promotional campaign film will be done in collaboration with Indian film director Kabir Khan.

Shah Rukh Khan said he was happy to be filming the sequel to the first film, which he called “so funny and sweet”.

“I think it is really nice, I really enjoyed making it and happy we are making another one, “ he said.

“I am not an advocate for Dubai because I have done Dubai Tourism films, I genuinely like being in Dubai, I think it’s a really wonderful place, it’s a fantastic city… It has everything for everyone.”

The ‘Be My Guest’ campaign is aimed at attracting more tourists from India, a key source market for Dubai’s tourism industry.

Dubai has traditionally been a favoured destination for Indian visitors. According to official figures, the largest number of overnight visitors to the emirate during the first quarter of the year came from India, with guest numbers standing at 580,000.

From May 1, the country has started granting visas on arrival to Indians who are US green card holders or those who have US visas on their passports.

The on-arrival visa will cost Dhs100 for a period of 14 days, which can be renewed for a similar period for the same cost.

The only condition is that the passport and well as the US visa or green card must be valid for at least for six months.