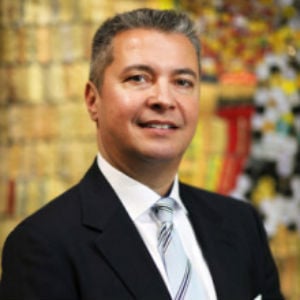 Immediately after the fall of the Gulf economy in 2009, many questions were asked. In Dubai, where the search for millions of lost dollars frequently ended with turning out the lining of the CEO’s pockets, the calls were most urgent. What went wrong? How did we lose the money? The answer is simple: no-one was looking.

Since then, the UAE has taken strident steps towards a corporate governance framework with the aim of making companies more transparent and accountable. In April 2010, Emirates Securities and Commodities Authority (ESCA) updated the Code of Corporate Governance for Joint-Stock Companies.

According to the new code listed companies on UAE securities markets must have a minimum of 30 per cent independent director representation and separate the role of chairman and CEO. However, research from Hawkamah shows a wide gap between legislation and reality with an estimated 56 per cent of listed companies in the MENA region having no more than one independent director and 42.3 per cent of companies still combining the function of chairman and CEO.

John Martin St. Valery, partner at NxD-global, a new firm that match-makes companies with potential independent directors says that an independent party adds strength, vitality and credibility to the board.

“Instead of viewing the independent director as a ‘tick the box’ exercise, companies must realise that a truly independent board member can not only bring new expertise and strategy to the equation, but this framework also attracts investors. With any external parties, the first thing they want to see is transparency,” he adds.

“Owner directors have always been slightly autocratic. Progressive and forward-thinking companies have recognised that disclosure – though it might sound uncomfortable initially – raises the perception of a company to potential stakeholders.”

Founded in January this year, the NxD-global service identifies, screens and recommends independent directors that are suited to the needs of its clients. But what makes a truly independent board member?

“Well obviously they can’t be related or married to anyone in the company, or work at the company or have any interests in the company,” says St. Valery. The partner adds that most non-executive directorships are paid, except in some cases where the director is so committed to the cause – often a government cause – that they are willing to give their time for free.

“It was a stringent vetting process so that we understand their background and education and experience and the particular sector in which they want to work – some apply to us, and some we approach directly. It’s important for us to match them properly,” says St. Valery.
“Prior to launch we had 12 individuals and four companies. We are going through the process of supplying to firms.”

Regulatory enforcement of the number of independent directors on the boards of UAE-based public joint stock companies in directly linked to the improvement of conditions for foreign investment; post-recession, this directive is more important than ever,

“ESCA has made great progress in collecting the corporate governance disclosures from 70 per cent of listed companies in the UAE, but we must see this increased to 100 per cent,” said Nick Nadal, director, Hawkamah Institute for Corporate Governance at a recent panel meeting, suggesting that stronger enforcement measures may be required to ensure full compliance.

St Valery agrees that force may be the next government measure, but says that companies would be churlish not to realise the already innate benefits of independent directorship. Not least, being able to keep tabs on where the money is going.

“The financial crisis unearthed the inextricable link between independence and corporate governance. In a boom market some of these things don’t come to mind, but in a crisis the holes are exposed,” he says.