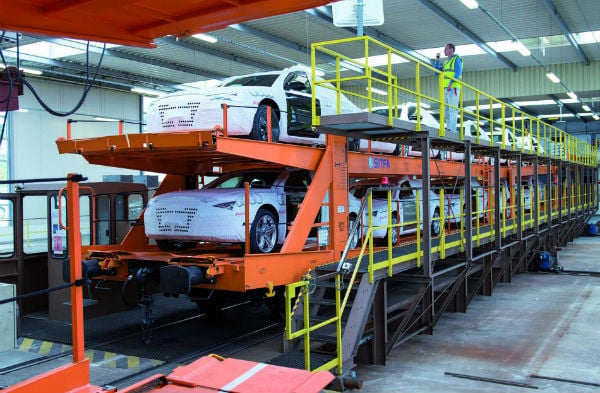 Car sales in the UAE are firmly on their way back to pre-financial crisis levels with several manufacturers and suppliers in the country reporting record sales for the year so far.

In contrast to declining sales figures in Europe and measly growth forecasts for China and the US, the UAE car market has seen sales rise by nearly 30 per cent for the first nine months of the year with more than 200,000 cars being sold.

Statistics released from several global manufacturers speak volumes for the turnaround in fortune the local and wider Middle Eastern car markets are witnessing.

Audi says the UAE is its most important market in the Middle East with the country selling 2,747 cars in the first nine months of 2012, an increase of 12.2 per cent on last year.

Jeff Mannering, managing director of Audi Middle East, said: “We are on track for a record year in 2012. Several markets in the region were affected by political unrest, however, the larger countries, particularly the UAE and Saudi Arabia, are pulling ahead on the back of strong core models, new model launches and improved infrastructure in sales and after sales service.”

Recognising the significance of the UAE market and local demand for the brand, official dealer Al Nabooda Automobiles is opening the world’s largest Audi showroom in Dubai later this month.

K. Rajaram, CEO at Al Nabooda, sees the move as a no-brainer given the rise in sales his showrooms have witnessed: “We have seen very significant growth this year. The UAE car market on the whole has grown by 12 to 18 per cent, which is very reassuring.

“Al Nabooda has so far recorded a 25 per cent increase on last year’s sales. In July, we announced our new sales record for Volkswagen, selling 1,349 vehicles in the first half of the year which eclipsed the same period in 2011 by 35 per cent.”

Rajarman is certainly not all talk. Al Nabooda, an official dealer to Dubai and the Northern Emirates, has invested Dhs900 million into expanding its operations throughout the region, creating new facilities for its Porsche and Volkswagen ties, as well as Audi’s new mega-showroom.

Aside from the obvious rising demand for vehicles, Rajaram views the improving UAE car market as a sign the country’s economy is back on track.

“We are seeing a number of repeat customers but also many new customers as more and more people come to the UAE. The economy is definitely on its way up. The real estate and automotive industries are the first indicators of financially stable and financially prosperous times.

“It’s a snowball effect. As more people move to the UAE and the population increases, more cars are sold, more houses are bought and leased. We are definitely back on track.”

Independent research firm, Frost & Sullivan, has supported the country’s car market figures with its own findings, comparing them to 2009 when the global slowdown saw a steep fall in new car sales for the region.

“In the initial nine months of 2012… when compared with the same period of 2011…new car sales have seen nearly 25 per cent growth,” said Subhash Joshi, programme manager for Frost & Sullivan’s Automotive & Transportation Practice for the MENA and South Asia region.

“More than one third of the UAE population is moving to a working age group resulting in increased per capita income and spending power, which means more spent on car purchases,” said Joshi. “This factor also shifts first time buyers away from second hand/ used cars to new cars.

“The job market and overall sentiments improved in 2012, which has enabled a surge in expats moving to the city [Dubai], and their instant priority is buying a car due to inadequate public transportation system and weather conditions,” he added.

The firm highlighted Nissan as a prime example with the manufacturer witnessing a 33 per cent rise in sales while it said that nearly half of BMW’s GCC sales came from the UAE alone.

Its findings showed the rise could also be attributed to relatively high living standards as well as a growing population, a stable political environment and a free import market that has no barriers to entry.