Hyperloop One to move its HQ to Dubai - Gulf Business 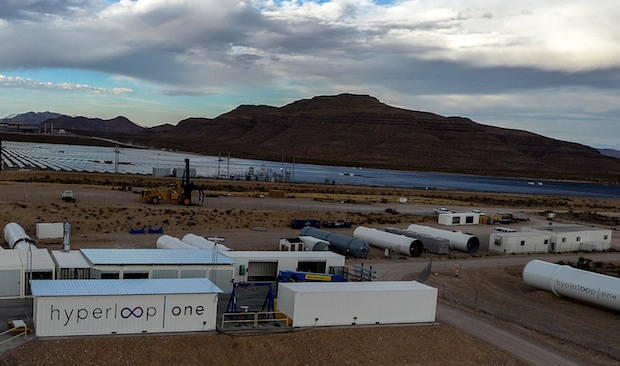 Los Angeles-based Hyperloop One is moving its headquarters to Dubai after being selected to participate in the Dubai Future Accelerators Programme (DFA), it was announced on Sunday.

The company is currently developing a hyperloop system that will reduce the travel time between Abu Dhabi and Dubai to 12 minutes using the high-speed transportation technology.

A total of 19 projects worth Dhs120m have been signed as part of the first session of DFA and 14 international companies among them are relocating their headquarters to Dubai.

The projects have been signed for seven government entities within seven different sectors including education, health, infrastructure, transport, technology, energy, and security.

The pilot projects are expected to create 135 job opportunities in Dubai over the next three months, a statement said. That number is predicted to “increase exponentially when the projects achieve tangible results, and the companies expand their activities.”

Saif Al Aleeli, CEO of Dubai Future Foundation, said: “The first round of the programme has already increased Dubai’s total spend on research and development by 6 per cent in just three months. This in turn, boosts the emirate’s competitiveness and signals its transition to an innovation-led economy.”

The second round of the DFA will see five new government and private entities join the programme, confirmed Mohammed Abdullah Al Gergawi, vice-chairman of the board and managing director of Dubai Future Foundation.

The entities are: the Department of Economic Development, Dubai Smart City, the General Directorate of Residency and Foreigners Affairs, Etisalat, and du – bringing the total to 13 organisations.

Gergawi said: “Sheikh Mohammed bin Rashid Al Maktoum has instructed government agencies to participate in the DFA for the fourth generation of governmental excellence in Dubai, as the programme is a very effective tool for government entities to meet the demands of the future. He also encouraged the private sector to be involved in financing and experimenting future technologies that the 19 companies are providing that will make a positive difference to people’s lives.

“The Future Accelerators was just an idea a few months ago. It has now become the focus of international attention as an effective platform to address global challenges, and a means by which governments can address practical aspects of cities of the future with the cooperation of the private sector and owners in the innovation space.”