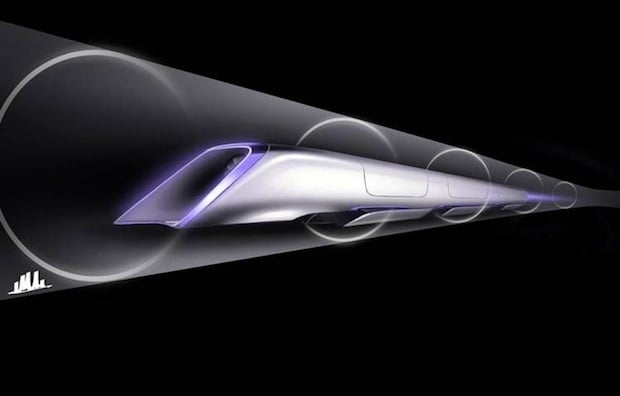 Dubai ports operator DP World has announced a multi-million dollar investment in US firm Hyperloop One to fund research and development.

The deal, announced over the weekend, follows a memorandum of understanding signed between the two in August to assess the feasibility of using high-speed transportation technology hyperloop to shift cargo at Jebel Ali port in Dubai.

DP World said it is now a “significant investor” in Hyperloop One but did not disclose the size of the stake or investment amount.

The company’s group chairman and CEO Sultan Ahmed Bin Sulayem has been elected to Hyperloop’s board of directors following the deal.

“We are exploring many innovations in our sector and our collaboration with Hyperloop One is just one example illustrating our support of creativity and our commitment to research and development, using technologies to make our operations more efficient,” said Bin Sulayem.

Hyperloop One previously disclosed it had raised more than $100m in investment.

Hyperloop is a conceptual high speed transportation system originally put forward by entrepreneur Elon Musk. It involves the use of pressurised tubes to transport human and freight cargo at speeds of up to 1,100kmh.

Los Angeles-based Hyperloop One is aiming to be the first in the world to introduce a working system.

The firm performed its first successful test run in May and is also conducting feasibility studies in Russia, Finland, Sweden, Switzerland and the US.

CEO Rob Lloyd previously said Dubai could be one of the first three markets to introduce a working hyperloop network.

“These latest moves strengthen our company from a global perspective as we move towards showcasing the world’s first Hyperloop early next year,” Lloyd said following the DP World deal.

Read: Dubai could be one of three initial markets for hyperloop travel

DP World operates an extensive network of 77 marine and inland terminals across the world. Its investment suggests it sees some feasibility in using hyperloop for inland container transport.

A team from Hyperloop One is also working with Dubai’s Roads and Transport Authority as part of the Future Accelerators programme.

It is expected to unveil a new hyperloop passenger prototype, designed to reduce congestion and emissions, in early November.