How to Get the Corner Office - Gulf Business 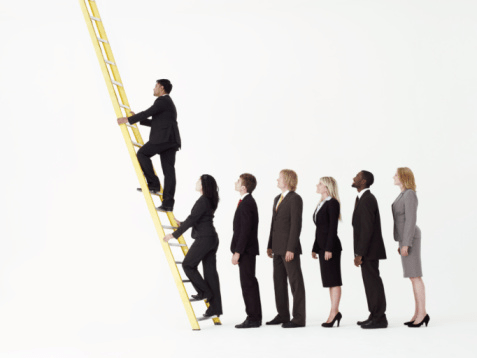 As the region confidently shows the grass roots of a post-recession recovery, the Gulf has become a hot bed for new business leaders to take the reins and lead the Middle East into a new economic dawn. Across the business world modern leaders are positioning themselves amongst the established old school names.

But what does it take to be a leader of tomorrow’s world? And has the leadership style changed from that of the pre-crash era?

Gulf Business asked some of the most renowned thinkers and leaders in the GCC today what is required to succeed as a leader in the current climate. For many, having a role model in the business world is the first step to emulating their success. Following in the footsteps of the last decade’s innovators, business minds and leaders is not a bad place to start for a budding entrepreneur.

Stephen Mezias, academic director, the INSEAD Abu Dhabi, understands the importance of modelling business icons, but believes leading by example is the first step to success.

“The stories of leaders are an important inspiration for others, especially those operating in the same cultural milieu or from similar backgrounds,” says Mezias. “However, there is a flaw in such an approach; the problem is sampling. To truly understand leadership, you need to know about leaders who failed as well as leaders that succeeded. You also need to know about the actions taken and not taken by both failed and successful leaders.

“Most studies of leadership and tips offered by famous leaders about leadership focus on the substance of actions: their content and the direct effects they had. I would suggest, however, that the symbolic aspects of leadership are just as important as the substantive. This is not to suggest that the example set by leaders is not important. Indeed, leaders who urge others to do as they say and not as they do often are seldom respected.

“At the same time, leaders who understand the value of their actions for communicating values and who can speak to the aspirations and hopes of their employees give guidance that is far broader than procedures,routines, or examples for what to do in specific situations.”

But simply moulding one’s business plan or blue-sky-thinking method is not enough. What are the key components to guarantee a successful figurehead?

“Encouraging bottom up flow of information, even bad news, which is often suppressed,” explains Mezias. “Being able to synthesise and integrate disparate facts and points of view in a manner that helps people at all levels understand the organisation and their role in it. And working for long term results even though public equity markets may be focused on the current quarter.”

Apart from the staple ‘leadership skills’ when assessing what makes a successful leader, a thorough understanding of the given business is second on the list of mandatory attributes when qualifying for a place among the hall of fame business greats. Anand Rangachary, partner and managing director for Frost & Sullivan, MENA, explains the required business knowledge that is needed when leading a company.

“Future leaders of business should generally have a 360 degree perspective and a good understanding of the business dynamics,” says Rangachary. “Things such as macroeconomics, industry dynamics, global market opportunities, technology developments, competitive landscape and evolving customers needs are important. They need to posses a sound grip on the global mega trends impacting different economies, companies and cultures.

“They need to have a ten year view of where the world will be and work backwards from that point to drive strategy. Leaders also need to focus on identifying the best practices from one industry and adapting and implementing those into another industry. They need to focus on fostering a culture of growth across the organisation to thrive in the rapidly accelerating global economy.”

“Boss means telling people what to do, literally bossing people around. I think that in today’s world more contemporary leaders, while they may have the power of the traditional boss, they view themselves as more of a coach. They concentrate on developing others, helping them achieve their potential.

“I think one of the things coaches do is they build teams that hopefully win more than the other teams and I think the coaching mind set is a much stronger way to think of yourself than ‘boss’, which I do think is sort of a archaic way to think of management today. I think if people see you interested in their development and coaching them to help them achieve, they’re going to back you in spades.”

In any recession you’ll find a few creative minds passionately advocating others to start a new business or take an existing one in a new direction in the midst of a gloomy economic outlook, supporting the idea that it is a good moment to move forwards while others are standing still, paralysed in fear. And the theory has proven to be correct.

“It has never been harder to run a business successfully. Today’s is a difficult and turbulent business environment and it is not going to get easier,” says Richardson.

“In the post-war period [European World War] the world economy grew steadily, spurred on by macroeconomic stability and there was little real competition. The pace of change was slow and one didn’t need to be a genius to run a business – ‘good management’ was the main requirement for successful business outcomes.

“But all this changed from the mid-1970s, as the business environment became more turbulent, characterised by fast change, and the relative importance of ‘management’ and ‘leadership’ changed. Good management was no longer enough and increasingly leadership skills became vital for steering organisations through such change.

“It has become apparent that highly successful firms are those led by CEOs who combine managerial and leadership skills. Increasing globalisation has intensified the pace, scale and scope of change and corporate success has come to depend on managers’ ability to navigate their companies through change.”

Did you get the corner office? Tell us how  @gulfbusiness #getthecorneroffice