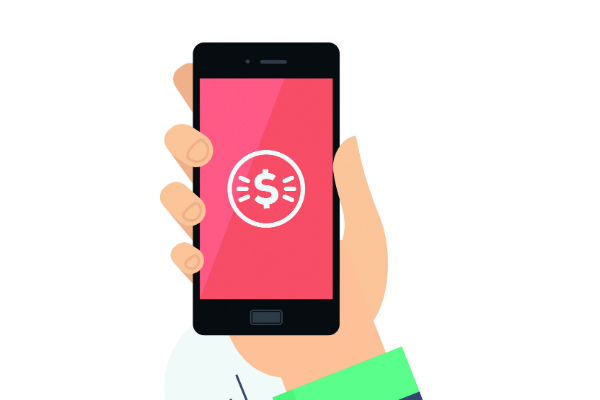 The Covid-19 pandemic has pushed the world into a recession.

For 2020, it will be worse than the global financial crisis, according to the International Monetary Fund (IMF).

The economic damage is mounting across all countries as containment measures are put in place by governments to slow the sharp rise in new infections. Looking specifically at the banking sector, the pandemic could be the “most serious challenge to financial institutions in nearly a century”, a recent report by PwC said.

“Pressure on the banking system is growing and higher defaults on debt are imminent. And many now expect a shock to the financial sector similar in magnitude to the 2008 crisis,” the IMF said. “Supervisors [policymakers] must combine the tools from their playbooks for dealing with natural disasters, operational risk events, and bank stress episodes,” it advised.

As companies collapse and people lose jobs, governments across the world have introduced support measures to alleviate the economic impact of Covid-19, including a range of stimulus initiatives. Some of the measures taken include guarantee programmes for bank loans and payment moratoria, to ensure that banks can continue to lend to households and businesses to shore up economies.

According to the IMF, central banks have announced plans to expand their provision of liquidity — including through loans and asset purchases — by at least $6 trillion and have indicated a readiness to do more if conditions warrant.

“Banks have a crucial role to play in supporting businesses and individuals to keep afloat and mitigate the impact in an attempt to emerge from the other end of the crisis on semi-solid ground. Besides playing a critical role for their customers and employees, banks help to stabilise systems of lending, payments, trade and liquidity,” explains Thomas Bicknell, partner – Financial Services at law firm Pinsent Masons.

On a government level, GCC states have taken a number of rapid and significant actions. The Saudi Arabian Monetary Authority (SAMA), the kingdom’s central bank, announced a SAR50bn stimulus package with around SAR30bn expected to be made available to banks and finance companies to defer SME loans. SAMA has also urged banks to provide debt relief on repayments for any customers that have been dismissed from their jobs.

Meanwhile the UAE Central Bank also boosted the size of its Targeted Economic Support scheme to Dhs256bn. It has also allowed banks and finance companies in the country to extend deferrals of principal and interest payments to their customers until December 31, 2020, while cutting the reserve requirement for demand deposit of all banks from 14 per cent to 7 per cent to increase liquidity in the sector. All banks operating in the UAE will also have access to loans and advances extended at zero cost against collateral by the Central Bank.

“The outbreak of Covid-19 is undoubtedly causing strain on all sectors, which naturally creates some strain on the region’s financial institutions. We are navigating unchartered territory and continue to assess and monitor the situation as new developments are realised,” says Ahmed Abdelaal, group CEO of Mashreq Bank.

To support its individuals and businesses impacted by the virus outbreak, Mashreq has said employees in the UAE forced to take unpaid leave or those that belong to affected sectors including airline and travel, oil and gas, and automotive can approach the bank for a payment holiday on loans, cards and mortgages until June 30 of this year. The bank is also offering increased ﬂexibility and reduced costs in payment terms, interest rates and processing fees to support those affected.

CHALLENGING TIMES
Prior to the Covid-19 pandemic, the region’s banking industry was experiencing an extraordinary period of growth and prosperity. In the UAE alone, the top 10 banks reported a total growth of 13.9 per cent in net proﬁt in 2019, according to KPMG.

The primary reason appears to be stronger non-interest income performance and certain one-off events, with revenues ﬂowing in from fee income and lower credit provisioning, it said in its report.

“But in a matter of only a few weeks, the world of banking has experienced a level of disruption that will change everything that had been the norm in ﬁnancial services, from the way they conduct business to how employees do their work and the way consumers manage their ﬁnances,” states Bicknell.

“The general slowdown in the real estate market and sharp decline in travel and tourism numbers, as well as the negative impact on the construction industry, means clients have been impacted by macroeconomic downturn, which in turn impacts the strength of their balance sheets. Combined with continued low oil prices and a rapid downturn in the regional equity markets due to Covid-19, this period will become a very challenging time for ﬁnancial institutions.”

Globally, looking ahead, a further tightening of ﬁnancial conditions may expose more “cracks” in global ﬁnancial markets and test the resilience of ﬁnancial institutions, the IMF has warned.

“Banks have more capital and liquidity than in the past, and they have been subject to stress tests and greater supervisory scrutiny in recent years, putting them in a better position than at the onset of the global ﬁnancial crisis,” it said in a report.

“In addition, the substantial and coordinated action by central banks to provide liquidity to banks in many economies should also help alleviate potential liquidity strains.”

However, the resilience of banks “may be tested in the face of a sharp slowdown in economic activity that may turn out to be more severe and lengthy than currently anticipated”, it added.

To deal with the situation, the banking sector will have to rely on internal and external factors, according to KPMG.

Mashreq’s Abdelaal says the lender is banking on its digital platforms to continue operations without any interruption.

“Our digital banking assets across retail and corporate banking platforms allow us to offer our customers a uniform and enhanced experience,” he says.

Digital transformation and regulatory compliance are likely to play a pivotal role in enabling banks to navigate the challenges that lie ahead, the KPMG report said.

Lenders are increasingly exploring the concept of ‘banking the ecosystem’, which is an interconnected set of services, where customers can fulﬁl a variety of needs in a single integrated experience.

“This integration of services may represent the cornerstone of digital banking in the years to come, creating a differentiated experience that can improve customer satisfaction, increase loyalty and generate additional revenue streams,” the report stated.

Some banks are also embracing blockchain, which can offer beneﬁts such as enhanced operational efficiencies, reduction of intermediary costs, and a culture of transparency.