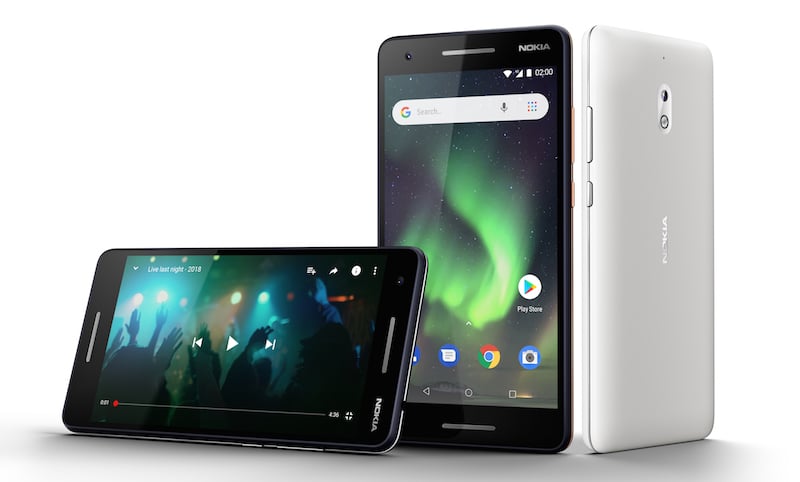 The Nokia 2.1 smartphone will be available in the UAE in early August, following the launch of the Nokia 5.1 and Nokia 3.1 last month, HMD Global – the Finnish firm that is licensing the Nokia brand- announced on Monday.

Offering a polycarbonate back, the Nokia 2.1 features a 5MP front camera and an 8MP rear camera with auto focus.

The smartphone, running on the Android Oreo (Go edition) with 1GB RAM, offers access to the latest Google services such as the Google Assistant.

Its 4,000mAh battery will offer a two-day use, and its upgraded Qualcomm Snapdragon 425, 64-bit processor is expected to facilitate faster and smoother performance.

The new Nokia 2.1 will come in three metallic colours: blue/copper, blue/silver and grey/silver and will be available starting August 8 at a price of Dhs389.

HMD officially launched its first round of devices in the Gulf in June last year including a new feature phone version of the classic Nokia 3310.

Nokia’s re-emergence in the GCC region comes during a period of declining mobile shipments linked to reduced consumer spending and reforms in key markets including Saudi Arabia.