Happiness in the GCC - Gulf Business 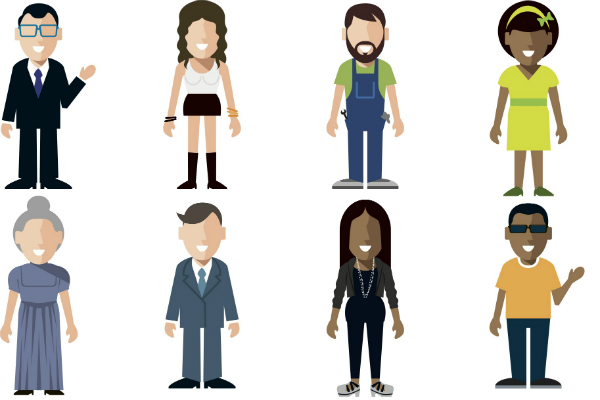 Ever since ancient Greek philosopher Aristotle presented his theory of happiness as the ultimate purpose of human existence, its importance has been the subject of debate, intrigue and interest.

“Everywhere we see people seeking pleasure, wealth, and a good reputation. But while each of these has some value, none of them can occupy the place of the chief good for which humanity should aim,” Aristotle argued, suggesting happiness was the final end goal.

But it is only in recent years that governments, local authorities and others have seen happiness as important a metric for progress as GDP growth, foreign direct investment and infrastructure development.

In the World Happiness Report, prepared by the Sustainable Development Solutions Network (SDSN) and the Earth Institute at Columbia University, the authors argue that happiness provides a broader indicator of human welfare than measures of inequality, poverty, health, education and good government viewed separately. A notion agreed by other happiness experts.

“There is a increasing recognition that the way we have been measuring progress – in terms of pure GDP – is inadequate,” says Meik Wiking, CEO of the Happiness Research Institute in Denmark.

“We should not just focus on living standards but also quality of life. Also we are seeing more and more governments and more and more agenda-setting organisations working in a serious manner within this field – and that has created even more data that shows the validity and reliability of the metric.”

As this trend has developed, Gulf countries are seeing happiness as one of the most important measures under which they are judged.

Among the biggest backers has been the UAE, which has set a goal to enter the top five of the Global Happiness Report – from 28th in 2016 – under its Vision 2021 National Agenda.

Sheikh Mohammed bin Rashid Al Maktoum, Vice President and Prime Minister of the UAE and Ruler of Dubai, has been leading these efforts, with one of his first steps the introduction of a Happiness Index in October 2014 to measure the public’s happiness and satisfaction with government services using smart devices.

In February 2016, the UAE created a new happiness ministry and appointed its first minister of state for happiness, Her Excellency Ohood bint Khalfan Al Roumi, becoming a member of a small group of countries to do so including Bhutan, Ecuador and Venezuela.

“We in the UAE believe the main duty of government is to ensure happiness. His Highness Sheikh Mohammed bin Rashid Al Maktoum, Vice President and Prime Minister of the UAE and Ruler of Dubai, believes that governments should create the atmosphere to allow everyone to achieve their ambitions,” the Minister said at the Global Happiness Dialogue event in February.

“As governments, we are responsible for creating such an enabling environment that empowers our people to choose to be happy. Our measure of success as governments is whether our people are able to flourish; to enjoy a productive, secure and rewarding life.”

On March 20, 2016 – the International Day of Happiness – the UAE Cabinet endorsed the National Happiness and Positivity Charter, which outlined the government’s commitment to providing a nurturing environment for happiness.

The first batch of officers graduated in February and the group is now expected to implement initiatives that promote happiness and positivity as a culture and an approach to government work.
Government departments have also conducted surveys to measure happiness.

Dubai Electricity and Water Authority began measuring happiness to identify areas of improvement in 2013 and in January announced the results of its 2016 survey, which found happiness in the community stood at 89.01 per cent, compared to 87.12 per cent in 2015.

The emirate is also seeking to position itself as a happiness destination on a number of fronts, not least as a hub for medical tourism. In line with these plans, the Dubai Health Experience online portal allows visitors to book packages of treatments, hotel stays, tours and visas.

“Dubai Health Experience (DXH) aspires to provide advanced and comprehensive healthcare services towards a healthier and happier journey to all medical tourists in Dubai allowing them to fully ‘Embrace Life’.”

Businesses too have been looking to introduce their own happiness initiatives. Among them is retailer Landmark Group, which set up a happiness video booth in Dubai’s Oasis Mall last month to give more insight into what makes residents happy.

“In this connected world we need to encourage ideas, innovation, equality and tolerance as only then will we be able to create value, positivity and happiness. Success and happiness are intrinsically linked. When both the government and private sector come together to achieve this goal the end result will be very powerful,” says the group’s vice chairperson Renuka Jagtiani.

She says the company has several initiatives each year to build an environment that makes people happy at work under the belief that happiness for staff and customers can have a “positive impact” on business performance.

“We believe happiness is important, measurable and we all need to work to together to achieve this goal,” she adds. 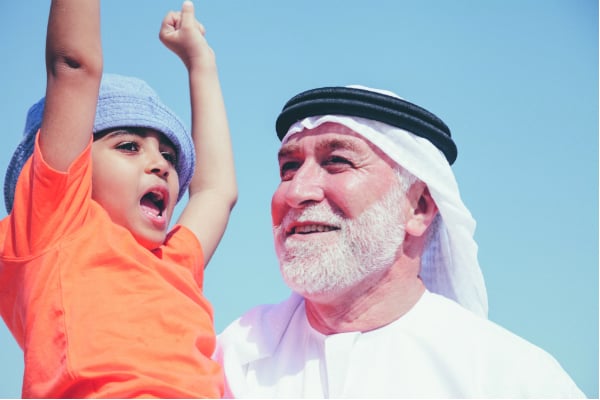 As these and other plans in the region take shape, governments would do well to determine shortfalls in satisfaction and factors that matter most to their citizens.

At the recent Global Happiness Dialogue event, Professor Meike Bartels, research chair in genetics and wellbeing at Vrije Universiteit Amsterdam’s department of biological psychology, argued that governments needed to listen to their citizens to determine how to make them happier rather than applying a ‘one size fits all’ approach.

“Governments must start out by developing different intentions to ensure happiness in society and listen to what people would like to see and do that will allow them to achieve happiness, not the other way around,” she said.

A Middle East and North Africa survey conducted in December by job site Bayt.com and research firm YouGov gave some insight into what these needs might be. It found that 87 per cent of respondents were satisfied with their mental wellbeing, 83 per cent with their family relationship, 82 per cent with their current physical health and 77 per cent their independence in making their own decisions.

This was despite employment opportunities, general safety and security and financial stability being ranked the most important factors for happiness by respondents across the region.

The overall results also pointed to some room for improvement in terms of satisfaction with life in general. Qatar led the region at 65 per cent, followed by the UAE and Saudi Arabia with 63 per cent, Oman with 60 per cent, Jordan at 58 per cent, Kuwait at 55 per cent, Bahrain at 53 per cent, Egypt at 51 per cent and Lebanon at 35 per cent.

As regional governments embark on their happiness agendas, Wiking suggests the UAE’s happiness efforts are a step in the right direction.

Although he is also keen to stress that even if rankings like the World Happiness Report provide the most accurate picture available this does not mean everyone in the countries at the top of the list is happy.

“My country – Denmark – has the highest average in the world. That is why we are at the top of the World Happiness Report – but it does not mean that we do not have unhappy people here.”

However, not everyone is suggesting governments take the same approach to happiness. Another speaker at the Global Happiness Dialogue, Rick Hanson, psychologist and senior fellow of the Greater Good Science Centre at UC Berkeley, suggested a more specific focus on mental wellbeing was the way forward.

“If we can teach learning mechanisms that allow the brain to hardwire positive experiences to happiness – especially in coaching, psychotherapy, human resources training and mindfulness programmes – this will make a significant contribution to the happiness of nations as the idea becomes commonplace and associated with prosperity and fulfilment,” he said.

Perhaps more significant though is the acknowledgment by happiness experts that governments can only do so much to improve the happiness of their populations.

“Happiness comes partly from without but very largely from within, so it’s very largely based on how you respond to what happens to you,” notes World Happiness Report author Sir Richard Layard, director of the wellbeing programme at the London School of Economics’ Centre for Economic Performance.

Indeed, as Aristotle himself wrote thousands of years ago: “happiness depends on ourselves” – and it may be up to individuals as much as government institutions to make the UAE – and wider GCC – vision of a happier future a reality.