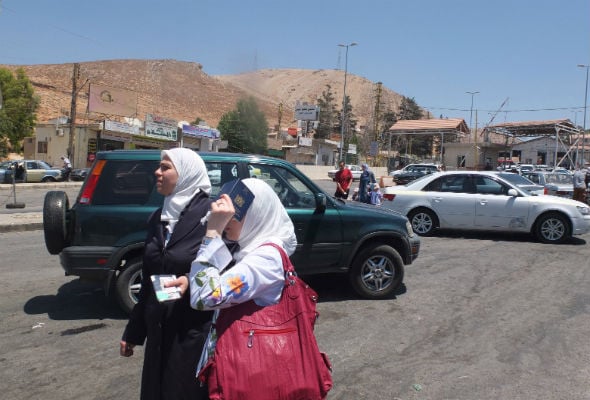 Several Gulf states have urged their citizens to leave Lebanon immediately after a spate of kidnappings by local gunmen.

The UAE, Saudi Arabia and Qatar have all instructed their citizens who either reside in or are visiting the country to leave as soon as possible as the ongoing conflict in Syria spills over the Lebanese boarder.

A Lebanese Shi’ite clan is believed to be responsible for the armed kidnappings.

“UAE foreign ministry asks citizens not to travel to Lebanon, and for those in Lebanon to leave immediately,” the state news agency said in a message.

The Saudi embassy said: “The Saudi Arabian embassy in Lebanon calls all Saudi citizens to leave Lebanon immediately,” without elaborating.

Qatar has issued the same warning while the clan has also threatened to target Qataris: “Due to unstable security situation, Qatar’s embassy in Beirut has urged Qatari nationals to leave Lebanon immediately.”

All three states have reportedly received information that their citizens may be targeted.

In May this year Bahrain and Kuwait issued similar warnings, urging their citizens not to travel to Lebanon citing security concerns as fighting prompted by sectarian tensions in neighbouring Syria had unsettled areas near a northern port.

The threat of kidnappings is believed to be in response to a strategy by the Syrian rebels to abduct those perceived to be supporters of Bashar al-Assad’s regime.

Lebanon is a favourite destination for wealthy Gulf tourists who form the bulk of visitors to the country. Lebanon’s vital tourism industry has been hit hard by Syria’s unrest.

Major fire breaks out at Beirut port a month after blast

Social space: A roundup of all the GCC social media news in August