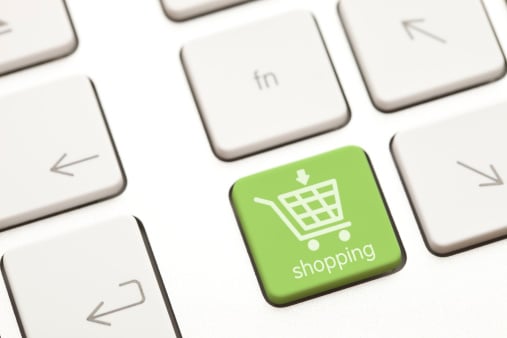 That the long-awaited November launch of online marketplace Noon.com still managed to surprise was perhaps an indication of the quality of the names involved.

For months there had been speculation in the market that Dubai billionaire and Emaar Properties chairman Mohamed Alabbar was planning an e-commerce platform after apparently revealing his plans during a Ramadan lecture with UAE royals.

But the size and backing of the venture was far more significant than many had expected.

Following an effort that began some 18 months ago, Alabbar said on stage that Noon.com would begin operations in the UAE and Saudi Arabia in January with an initial investment of $1bn and the backing of one of the region’s key sovereign wealth funds.

The Saudi Public Investment Fund has contributed $500m to the venture in return for a 50 per cent stake and half the board seats, while Alabbar and other Gulf investors hold the remaining 50 per cent. Support the businessman said all but guaranteed Noon’s dominance of the market.

That the e-commerce market has attracted such big names is a clear indication of how far it has come in recent years, with Middle East online shopping up 1,500 per cent over the last decade, according to a 2014 study by MasterCard.

And as the market continues to expand, it is attracting increasing investment interest from around the world.

This is perhaps best reflected on the region’s current leading e-commerce player Souq.com, visited by 74 per cent of online shoppers in the Arab World according to data from its payment platform Payfort. Founded in 2005 as an auction site linked to Arab web portal Maktoob, Souq has gained transaction in recent years through a growing customer base and a series of successful fund raising rounds.

The most recent of these in February was the Middle East’s largest ever, at more than $275m, and is rumoured to have lifted Souq.com to become the region’s first unicorn (a start-up tech company valued at $1bn or more).

Standard Chartered Private Equity, which invested $50m in the round, said in April that research it commissioned indicated 30 per cent top-line growth year-on-year in the e-commerce market across the Middle East with many markets still largely untapped.

“Up until recently, the enablers of e-commerce – including physical hardware and infrastructure and internet access – were nowhere near the standard required for e-commerce to reach its full potential in the Middle East,” noted Taimoor Labib head of global private equity portfolio management and regional head of MENA private equity.

“However, thanks to increased smartphone penetration and improved logistics, we are entering a new era for regional e-commerce.”

These figures give some context to Noon.com’s planned offering, which will dwarf even Souq, assuming it reaches the lofty heights promised.

According to Noon CEO and former Souq country manager Fodhil Benturquia, the marketplace will offer 20 million products at launch, 10 times the two million offered by its more established rival. 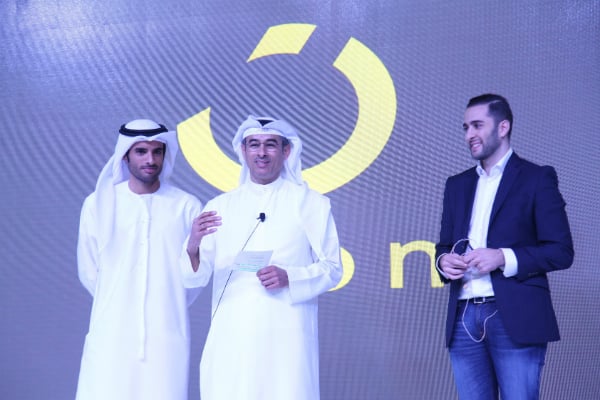 “The ambition is to go towards hundreds of millions,” he said.

Yet despite this comparison, Souq co-founder and CEO Ronaldo Mouchawar appeared unfazed.
“I’m happy to see people are thinking digital versus maybe real estate,” he said referencing Alabbar’s role at the helm of Emaar.

“Initially a lot of the investment in this region when we were raising capital went into mega projects not entrepreneurship and internet.”

Mouchawar, who revealed Souq had grown 40 per cent year-on-year across its footprint covering the Gulf countries and Egypt, also appeared confident that the new entrant would not impact sales next year.

“First we have not seen the [Noon] platform, but I am a big believer that this category will grow and we’ll always have a huge share,” he said.

“Many e-commerce players have come to the region, including Rocket Internet and others. I think we’ll be ok, I’m not worried.”

As these two players jostle for the wider market, retailers too are eyeing their own share.
Landmark Group, which began online sales with the LandmarkShops website in December 2012, is now seeking to branch out with specific offerings for its brands.

“I would definitely disagree with anybody who said the LandmarkShops model has not worked for us,” said Savitar Jagtiani, Landmark’s business head of e-commerce. “But this is about taking the experience and our business to the next level. We really want retail e-commerce and omnichannel to be the next blockbuster business for our brands.”

Since launching online, Landmark has boosted its product count from 1,200 to 55,000 and increased net web sales across the seven brands to 1 per cent of all sales in the 2015/2016 financial year.

The company’s online sales tripled from year one to year two of operations and quadrupled from year two to year three through an approach that saw it shift web operations in-house after initially working with a systems integrator, according to Jagtiani.

But key to its initial expansion was the introduction of cash on delivery, which “doubled” online sales over night when it was introduced 10 months after launch. 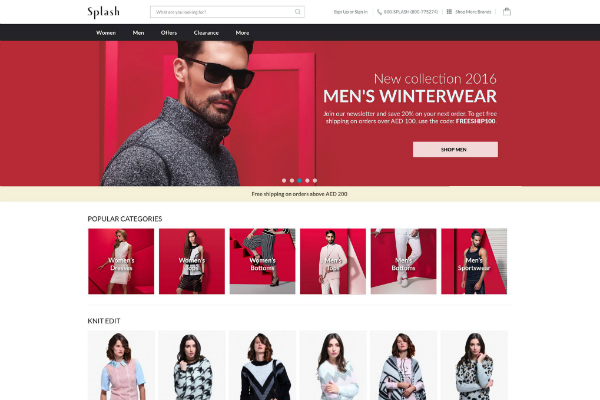 Despite the region’s embracing of e-commerce in recent years it has still not been able to shake its reliance on cash, due to both technical limitations and customer preferences.

In its State of Payments report for 2016, Payfort noted that credit card penetration varied widely across the region with levels as high as 97 per cent in Kuwait and 89 per cent in the UAE but 45 per cent in Saudi Arabia and Qatar.

As a result, a significant amount of online shopping in the region is paid for through cash.

“What we’re seeing with our data is between cash on delivery and online payments there is a 50/50 per split, which is interesting because it used to be 70/30. We do think our customers are feeling more comfortable now by using online payments and that’s what the data says as well,” says Jagtiani.

A survey conducted as part of the Payfort report revealed 51 per cent of shoppers in the Arab world prefer cash on delivery as a payment method compared to 26 per cent preferring credit card. In addition, when asked why they didn’t shop online, 44 per cent said they didn’t trust online payments.

This preference for cash has presented its own challenges for online retailers. Among them the substantial period of time it takes for the money to reach the seller’s bank account, customers changing their mind before delivery and drivers vulnerable to robbery due to having to carry around large amounts of money, according to Payfort.

Noon is planning to establish its own payments platform but it too will still likely need to conduct a significant percentage of its sales via cash on delivery, particularly in its home Saudi market where most debit cards still don’t work online.

This and matching Souq’s extensive logistics operation in regional countries often lacking a proper addressing and postal system will be key in the coming months.

As Noon readies for launch next year, retailers and online competitors alike will be paying close attention.

“Increased competition has a great number of benefits out there. It continues to increase the overall awareness for e-commerce and digital in the region. And I think we’re pretty optimistic about how things are going to pan out despite new announcements or new entries into the e-commerce space,” says Jagitani.

But what makes Alabbar’s involvement particularly interesting is his background in the development of traditional shopping malls, including the iconic Dubai Mall and a huge new project near Dubai Creek under Emaar.

“We believe if we want to sustain our physical retail business it has to be complimented by investing in a venture like this.”

Whether this retail experience will translate into more retail brands and sellers opting for Noon’s online marketplace over Souq’s remains to be seen. But in the meantime there could be another surprise on the horizon.

Reports in November indicated Amazon was among the interested parties in a sale of an at least 30 per cent stake in Souq.com valuing the company at $1.2bn, amid signs the US giant was paying closer attention to the Middle East.

Both Alabbar and Mouchawar said Amazon had recently visited the region to learn more about the e-commerce landscape with the former admitting he held a “friendly meeting” with founder Jeff Bezos.

If Souq’s two million products are dwarfed by Noon’s planned 20 million then both pale in comparison to the more than 480 million estimated to be sold on Amazon.

And as regional e-commerce enters its next chapter it may only be a matter of time before the US giant comes calling.