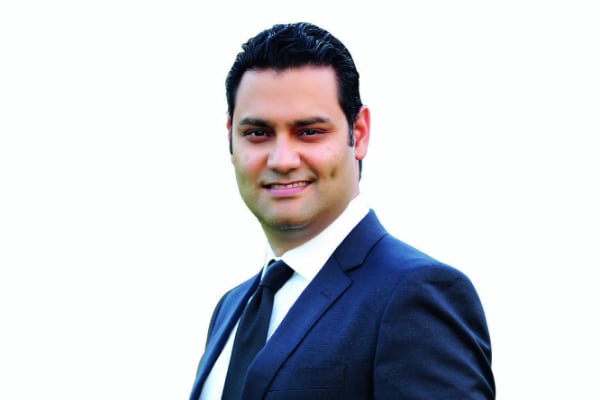 I grew up and completed my schooling in a city called Ahmedabad in India. I was generally a well-rounded student interested in studies, sports and extra-curricular activities. My favourite subjects were mathematics and physics, and I used to play cricket very actively. Gradually, my inclination shifted towards business studies and I went on to pursue my graduation in business administration, followed by an MBA from Symbiosis University, Pune. I believe in lifelong learning, for the second you stop, you will be outdated. While my formal education stopped at MBA, I have continued to enroll in various courses and plan to do so in future. Reading books on various subjects is another way I keep learning.

Post my MBA, I started working in sales for a banking technology company called i-flex solutions (which later got acquired by Oracle). My career over 14 years spanned across multiple companies in the enterprise banking technology space, working with various companies including Misys and Thomson Reuters. In my last job before starting Holidayme, I was heading Temenos’ sales in the Middle East. The art of sales taught me soft skills, imperative when you’re dealing with people – I think all of us are selling something in one way or another. However, I was always itching to become an entrepreneur. Leaving a nice corporate job to start a company was fraught with risks, but I followed my heart – for in the end, you regret the things you didn’t do.

My approach to a business is focused on ‘the creation of differentiation, backed with value’. Simple words – but ones that need a lot of hard work. Apart from passion, the one thing that matters most is perseverance. The cliché ‘never give up’ has never been more relevant than in a start-up. Work with the best. Always hire people smarter than you. Treat them respectfully. Value money; a dollar saved is no less important than a dollar earned. Be a lifelong student; don’t shy away from starting to learn from scratch.

As an entrepreneur, you can have highs and lows in the same day. It is a roller coaster ride. There are days you believe you can conquer the world, and the very same day you may start questioning the very existence of your vision. That said, I believe that the lows are nothing but challenges that need to be overcome. We have had some very difficult times while building this company – there was a time we had almost run out of money and I had told my employees to start looking for jobs to ensure sustenance of their families. Thankfully, hardly anyone left. To see Holidayme being recognised by Forbes as one of the top start-ups in the Middle East, and having grown to a team of more than 250 people in the last three years is a great high.

Do get into the details. Plan well before starting any new venture. Have it all laid out on an excel sheet. Do be surrounded by smart people, and do read – a lot. Be a lifelong student. Do make decisions based on data, as a hunch works only a few times. Work hard and mean it. Don’t waste time – including social media. Don’t mistreat people and don’t take good times for granted. And very importantly, don’t give up.