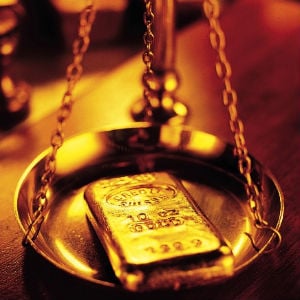 By late August the price of gold had climbed to a record $1890 an ounce as the Euro and US debt crises spurred demand for bullion. Now in its eleventh year of a bull market, experts expect the gold price to rise to $2050 by the end of year, upwards to a high of $5000 within 18 months.

Local brokers have been inundated with trade in 2011, with some institutions claiming business has spiked as much as 25 per cent in the last six months.

According to Sajith Kumar, director and CEO at DMCC’s JRG International Brokerage, the gold price will continue its sideways-upward trend for another two years. “There has been increased demand for exchange-traded funds (ETFs) and gold coins are doing very well. We expect the gold price to increase to $2050 by year end as demand rises. There is increased retail sales and demand from China and India, as well as from global institutions and treasuries. Clients are staying away from equities and bonds,” he said.

Since the beginning of the year, gold has climbed by more than 30 per cent. If Germany decides to bail out struggling EU countries – including Greece, Ireland, Spain and Italy – and back ‘Euro Bonds’, this will spike inflation and thus ramp up the gold price. Equally, if Germany decides to not to back the bonds, the affected Euro economies will weaken further – sparking market panic and another flight to bullion. This autumn, gold will be a win-win scenario and its bubble is unlikely to burst for some time yet.

“You have a money printer at the US Fed and the Euro zone is now joining in by buying Spanish and Italian bonds. Gold is at the start of an exponential rise. Inflation is coming, watch out. All the bailouts and money printing will have inevitable, unintended consequences,” said Peter Cooper, founder of the Arabian Money investment newsletter. “A surprise slump in the gold price could come if there was a big crash in financial markets, like the autumn of 2008. That would be because of a mass panic that led to the liquidation of all assets, including gold, but it would bounce back quickly.”

Cooper added that is it always “psychologically hard” to buy gold at a new all-time high but this sentiment has led to “so many missed buying opportunities over recent years that we all ought to have learnt our lesson by now.”

Gary Dugan, chief investment officer at Emirates NBD, the UAE’s largest bank, has similarly high projections for the gold price. “On pure fundamentals we believe that individuals and central banks hold less gold than they desire and that they will be ongoing buyers for many months to come. The main driver of a spike in the price would probably be further problems in the Euro Zone,” he said.

The CIO also believes that a new recession has not necessarily been averted, which could yet spike the gold price. “The chance of a recession in the US or Europe is as high as 30 per cent. We believe that many investors do not have enough gold in their portfolios. Our advice would be for most investors to hold seven to eight per cent of their wealth in gold. Gold is for today.”