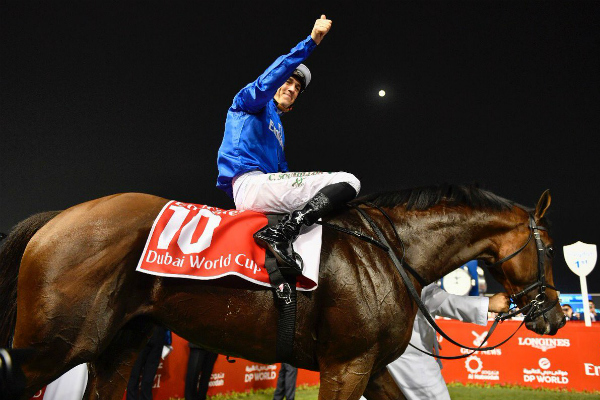 The horse, trained by Saeed bin Suroor and saddled by Christophe Soumillon, was followed by America’s West coast and Ireland’s Mubtaahji in the 2,000m main event at Dubai’s Meydan Racecourse.

A total of $30m was awarded across the nine group races, with Godolphin taking home most of the prize money after Bentabl’s victory in the $6m Dubai Turf and Hawkbill’s success in the $6m Dubai Sheema Classic on top of the main event.

Thunder Snow’s securing of the main trophy marked the eighth time a Suroor-trained horse had won the event.

“Saeed gave me lot of confidence before the race. I wasn’t ready to ride him that positively and I thought there would be more speed on the inside. He jumped so well that I thought I would have to make it. The first time I rode him I thought that when he leads that no-one can beat him, but it is difficult to make it,” jockey Soumillon said.

“However, it wasn’t that difficult in the end. Saeed did a great job and the horse made everything – it makes the jockey’s life so easy when ride you great horses. I’m in heaven now, I’m not sure exactly what’s going on but we’re going to have a big party tonight.” 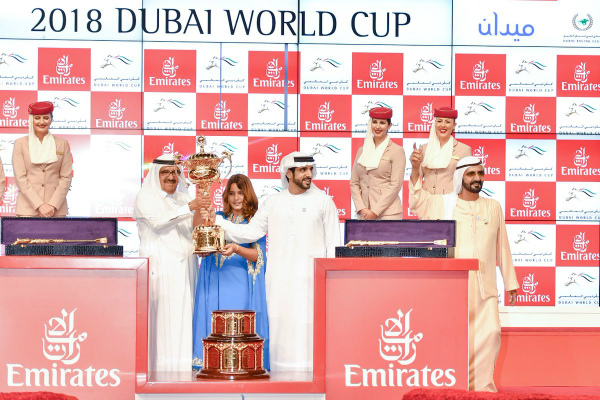 “It was a pleasant surprise,” the crown prince said of the victory.

The event was attended by 70,000 fans and drew participation from 118 horses from across the world.

Last year, Saudi-owned Arrogate secured the main prize at what is described as one of the world’s richest horse races.